This collection of letters, dating from between 1866 and 1901, was sent to [Johann] Bernard Husam, who immigrated to the United States in 1855 and settled in Adams County, Illinois. The letters were sent to Husam by his relatives who lived in and near the village of Albersloh and the city of Münster, in Nordrhein-Westfalen. Partial translations of some of the letters were created by Joan Schell, a descendant of Johann Bernard Husam. She passed the letters and her translations on to her nephew, Steve Schell, who provided the collection to the German Heritage in Letters project.

The largest number of letters were sent to Bernard Husam by his sister, Luetke, who was first married to a man named Geisker and then a man named Steinhorst. Bernard's brother Heinrich also wrote him multiple letters. 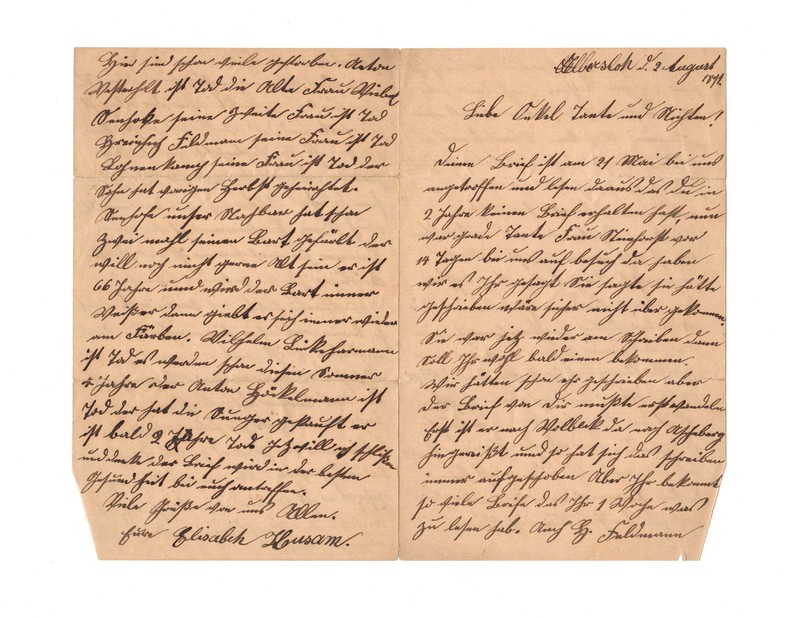 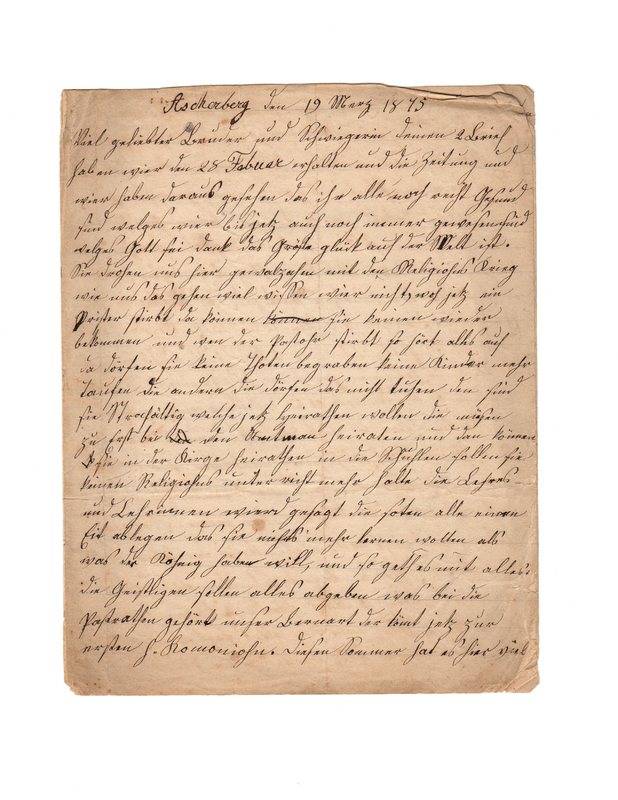 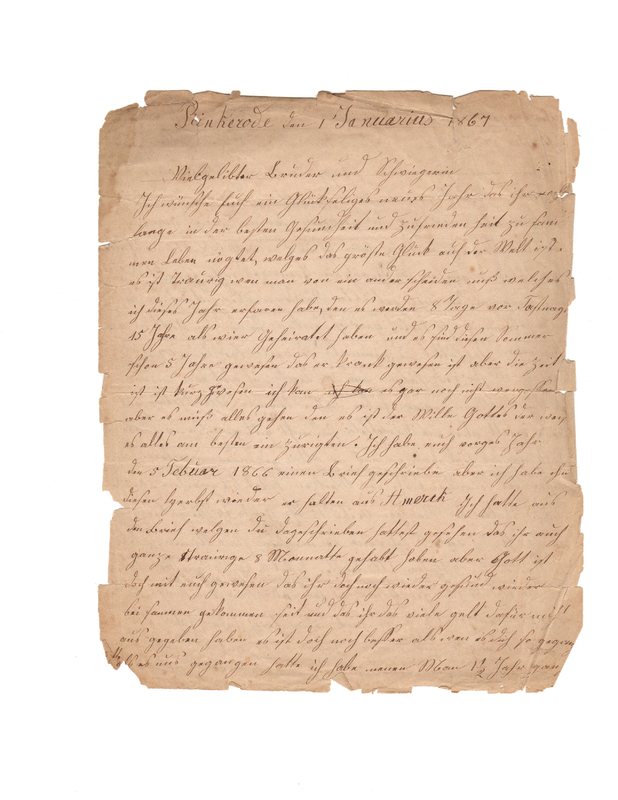 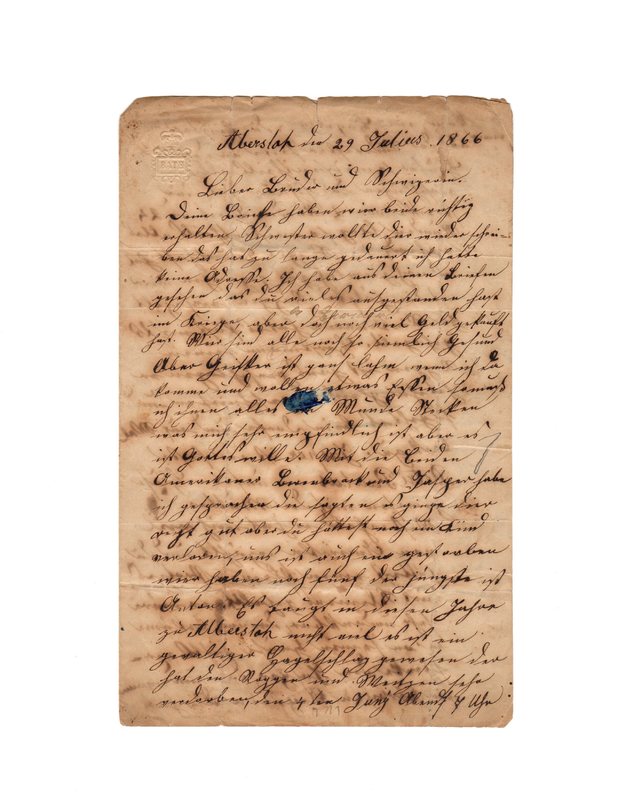 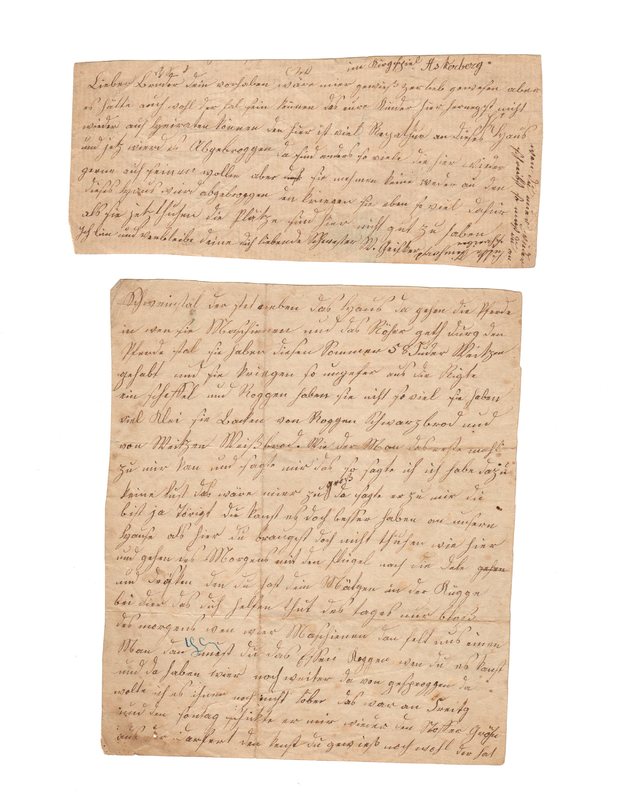 Letter from Anna Maria Geisker to Bernard Husam, January 27, 1867. In this letter, Anna Maria Geisker writes from Rinkerode to her brother Bernard in Illinois about her plans to marry Wilhelm Steinhorst in a few weeks' time. Her first husband, Thomas… 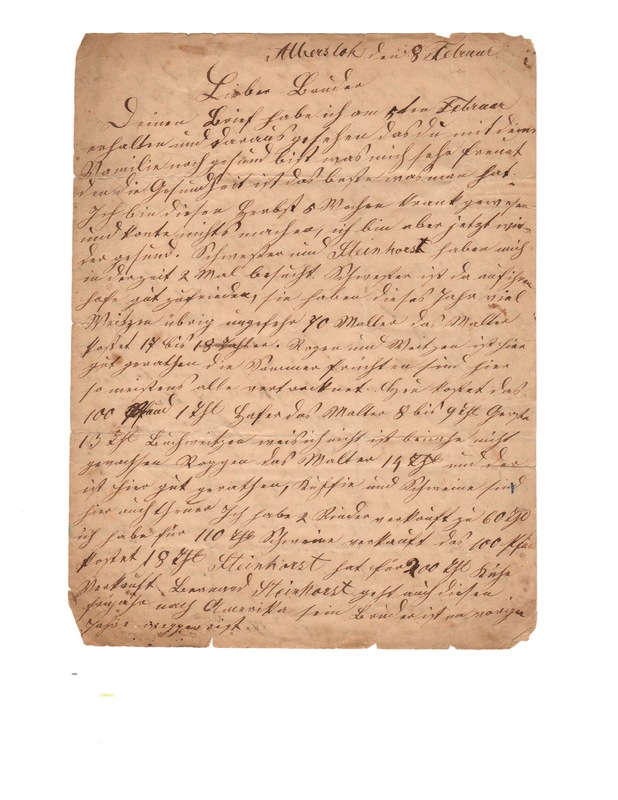 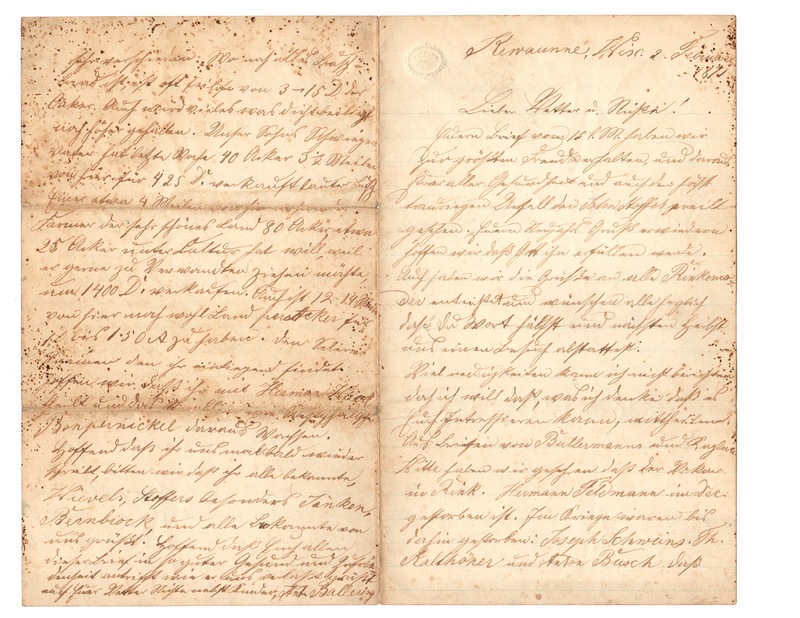 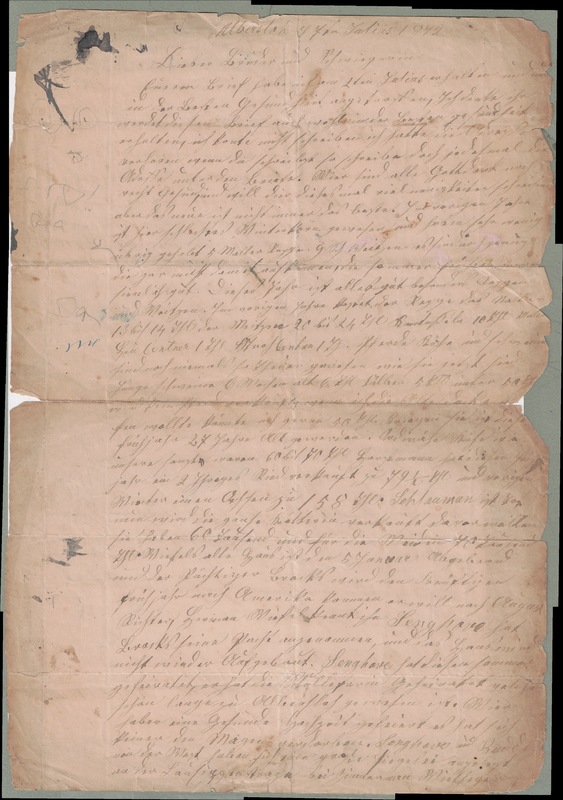 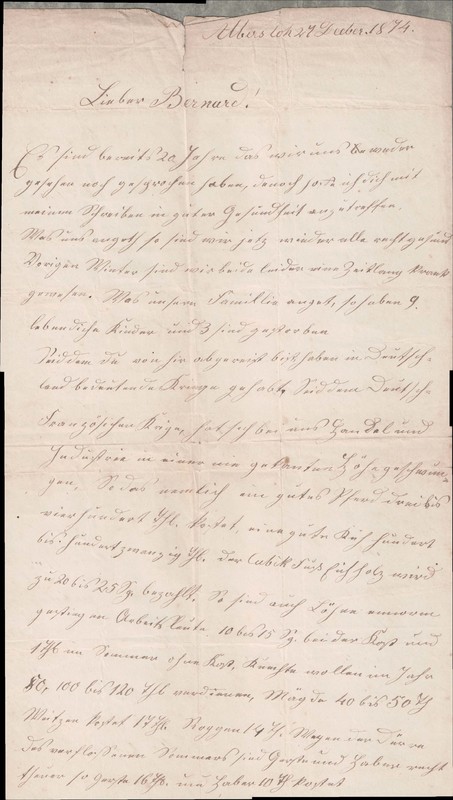 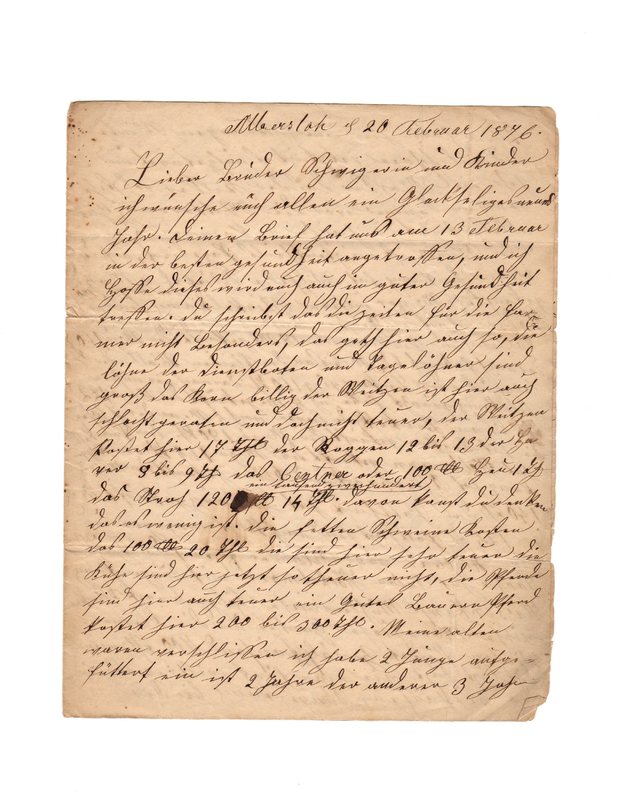 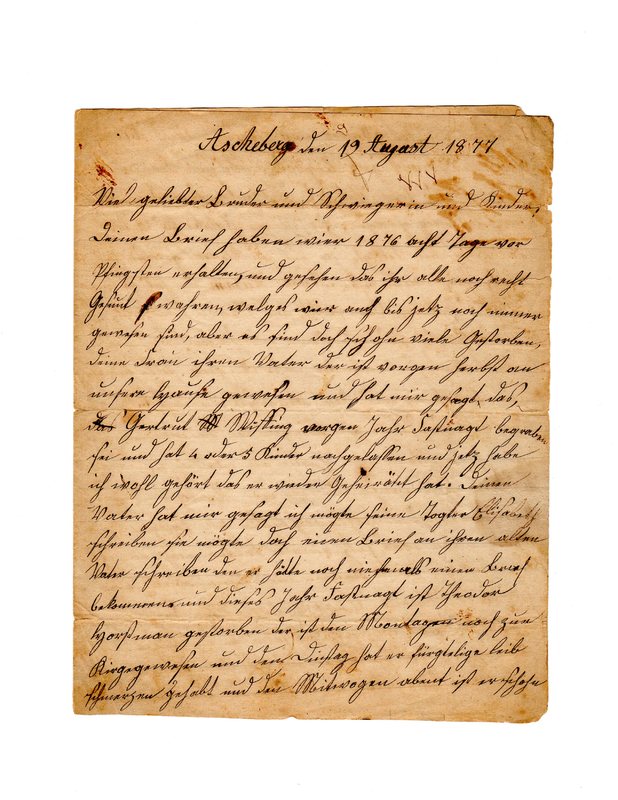 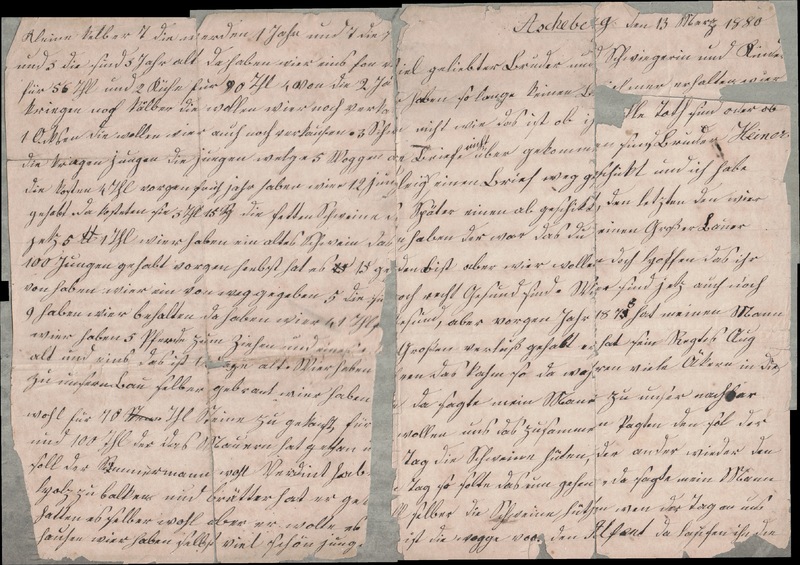 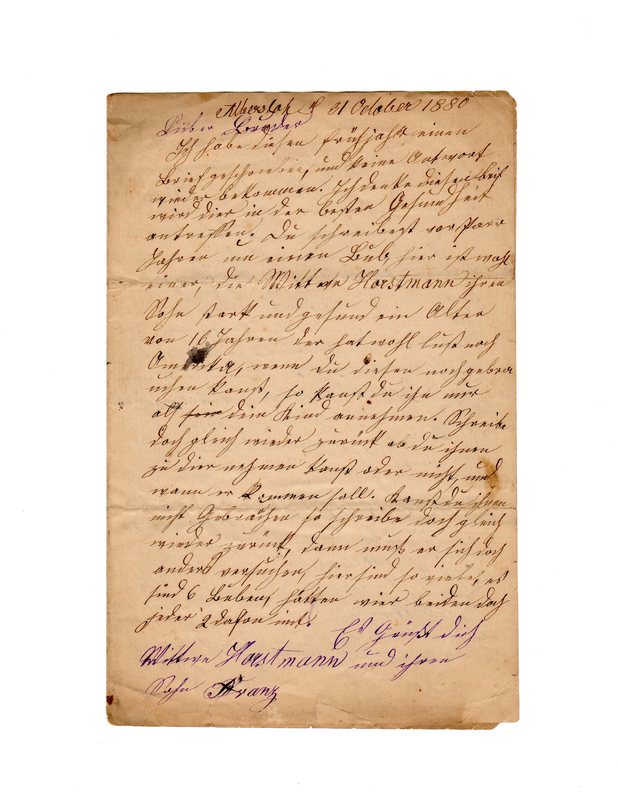 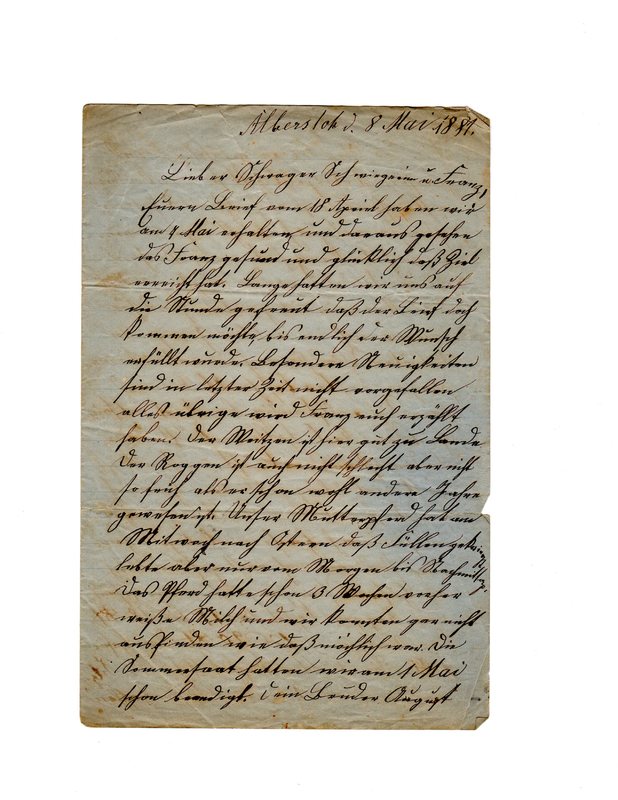 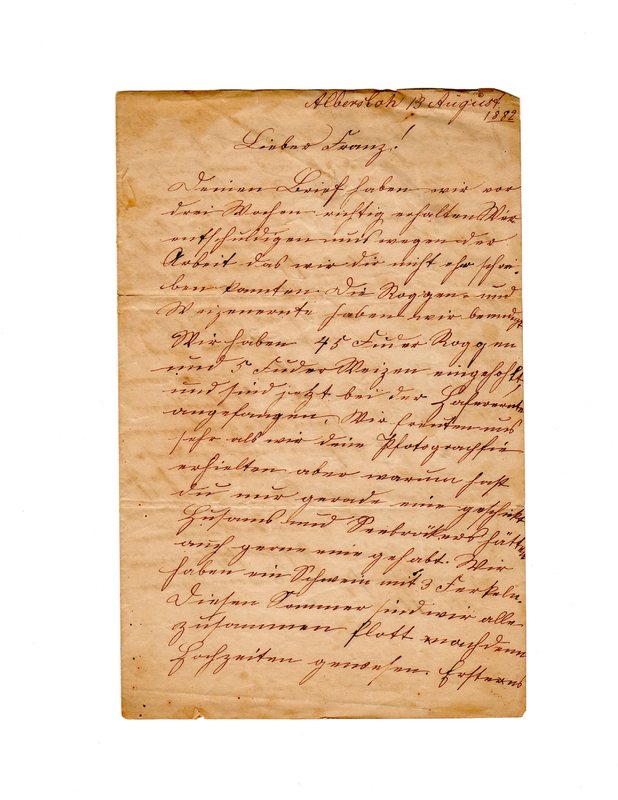 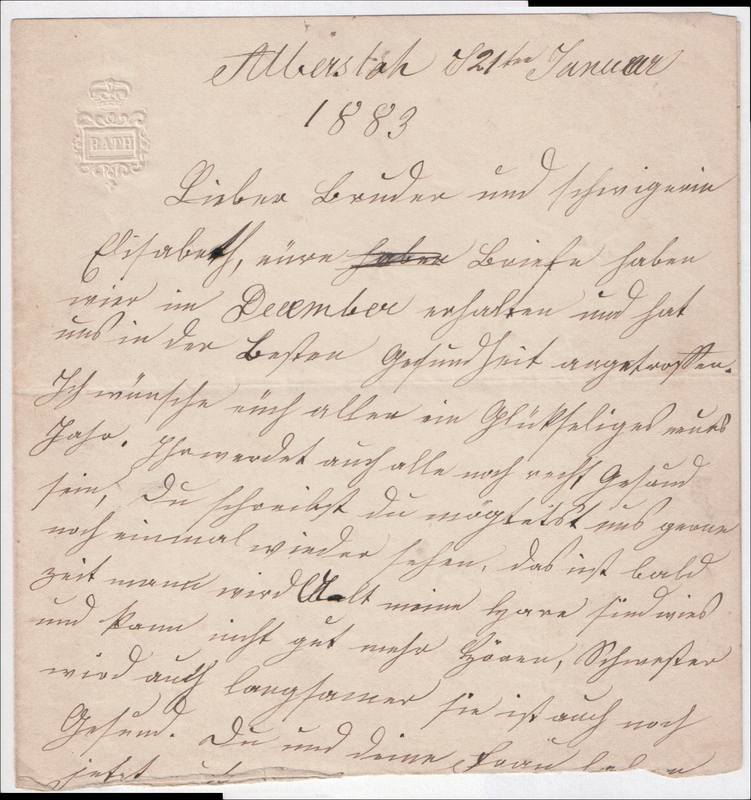 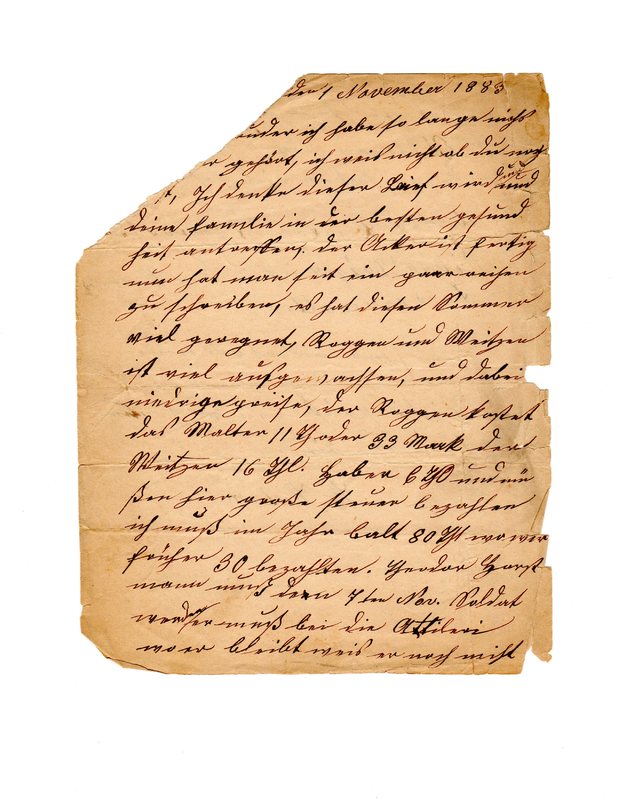 Letter from Anna Husam to Bernard Husam, March 7, year uncertain. While the letter is dated "1889," it refers to a death that occurred in 1893. 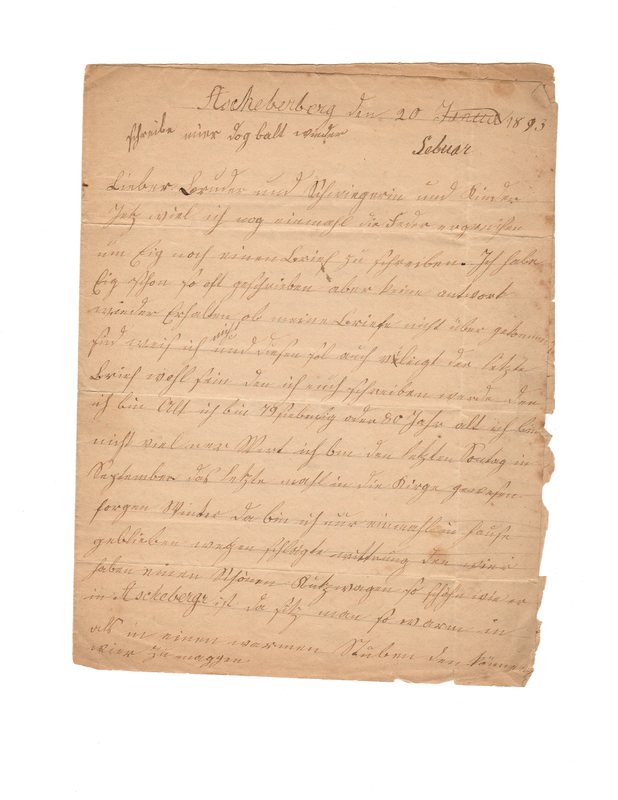 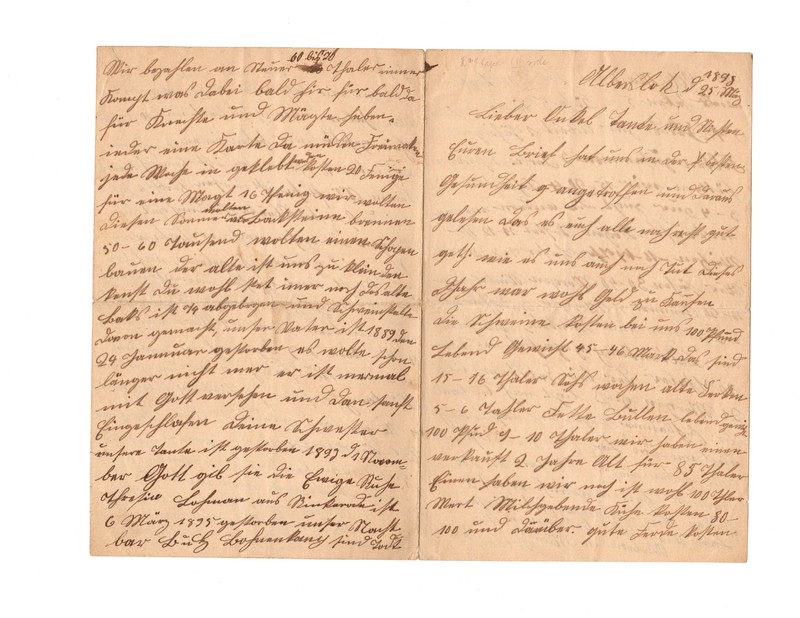