The Benecke Family Papers, held by the State Historical Society of Missouri, contains several thousand items reflecting the lives of immigrants Louis Benecke (1843-1919) and his wife Josephine Amerlan Benecke (1845-1908), as well as the lives of their families, friends, and descendants. Josephine Amerlan Benecke was born in Prussia and married Louis Benecke in 1868, in New York. The digitized letters in this collection were sent to her by her relatives in Germany, above all her sisters Frieda Amerlan (a children's book author) and Auguste Amerlan Schorss. Please note that the digitizations are taken from photocopies of the original letters. 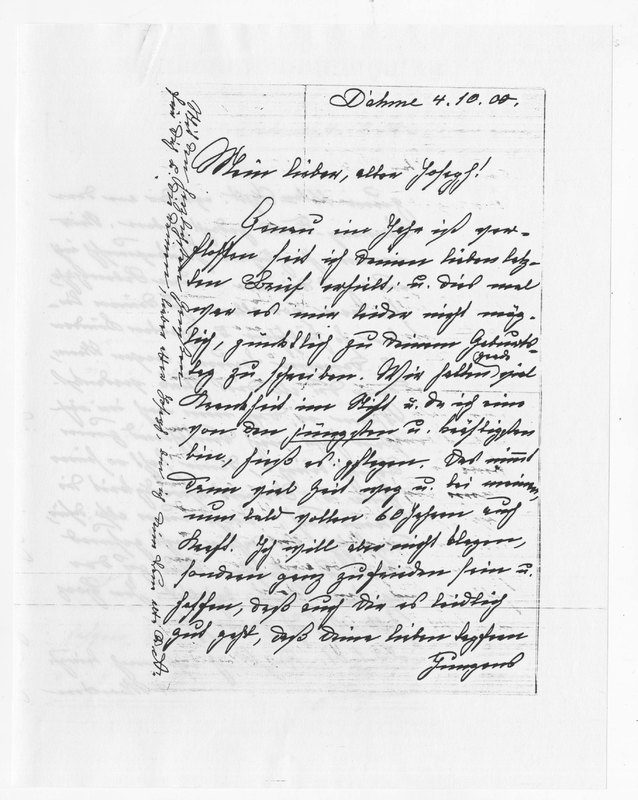 Letter from Frieda Amerlan to her sister, Josephine Benecke, c. January 30, 1901. Frieda Amerlan initially began writing this letter on October 4, 1900, but she explains that she stopped midway through and then picked it up again months later. 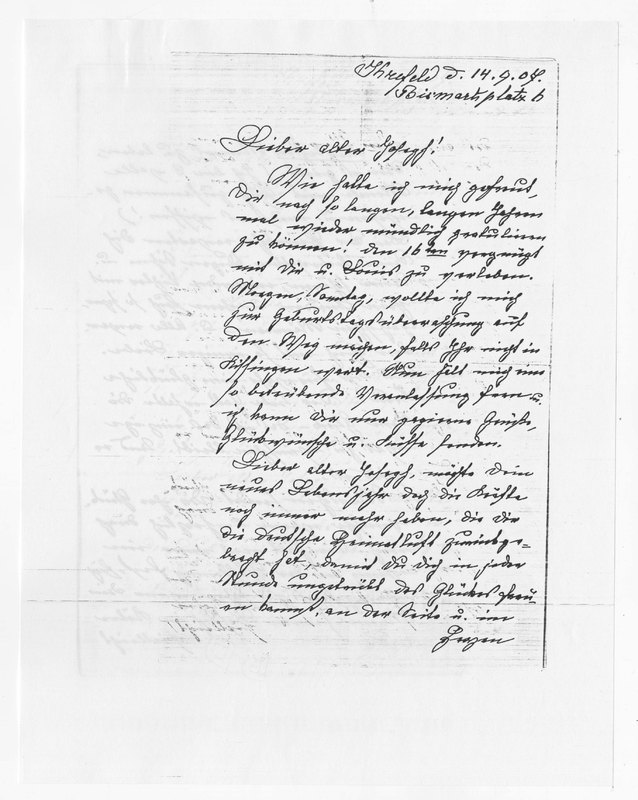 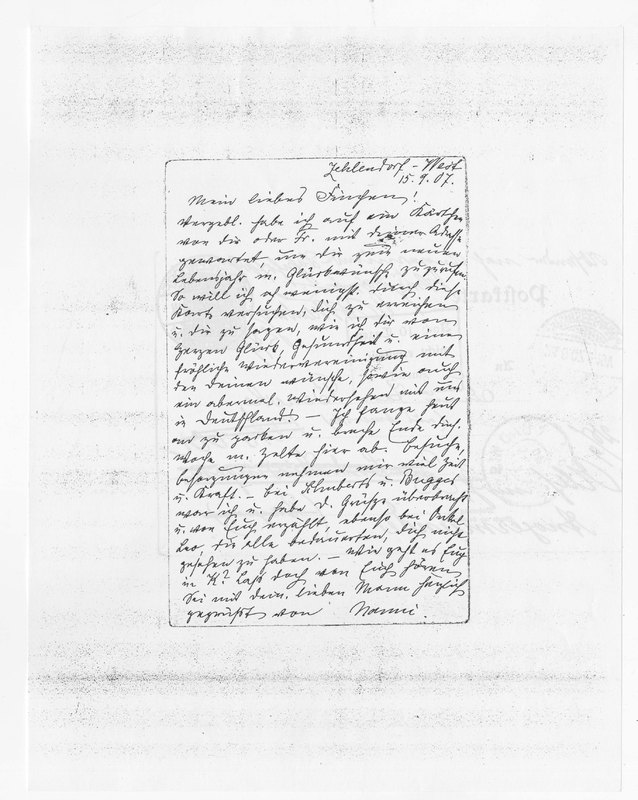 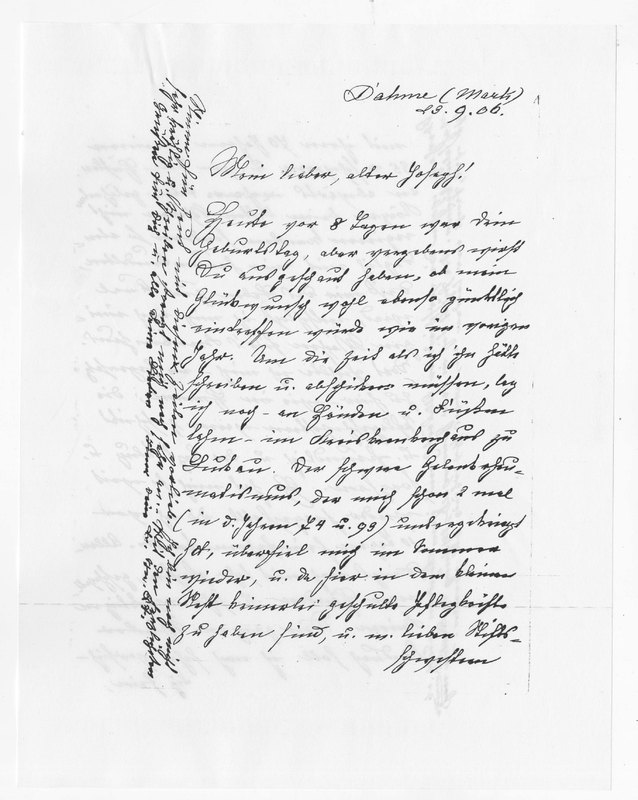 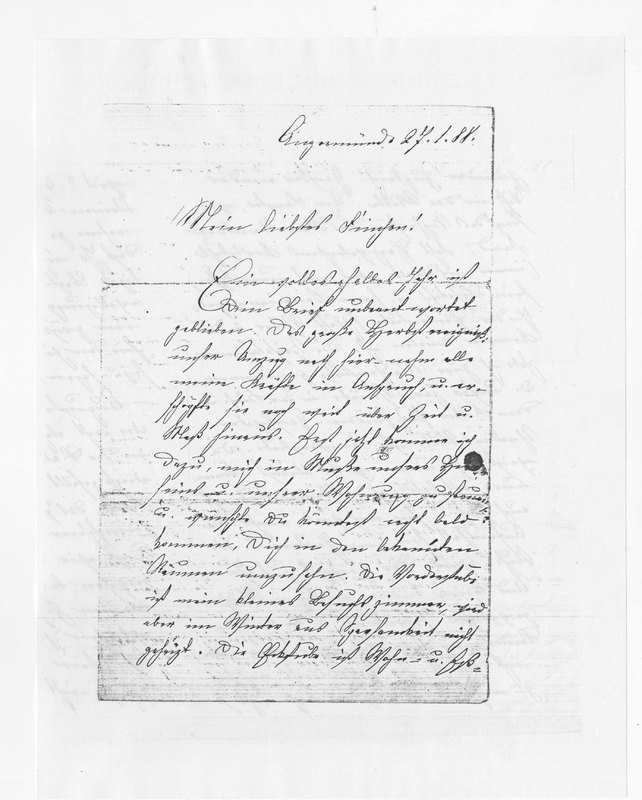 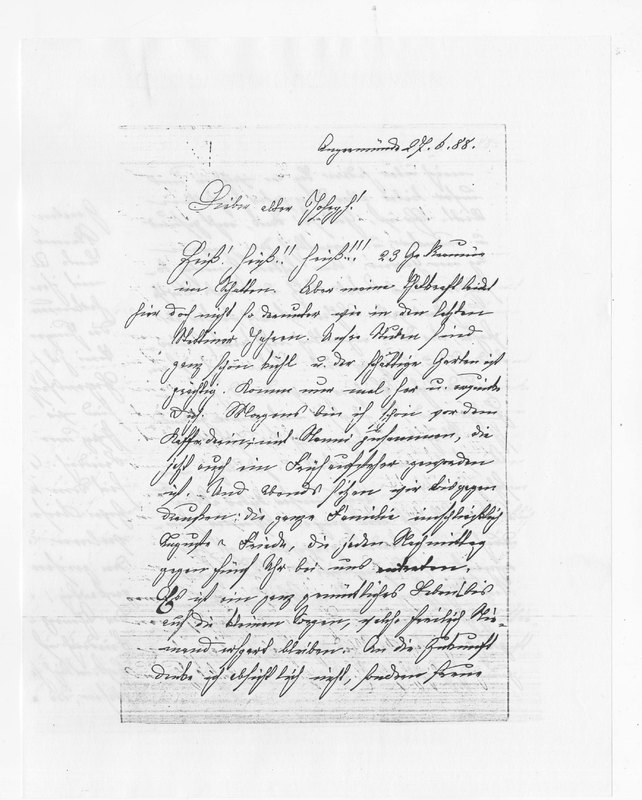 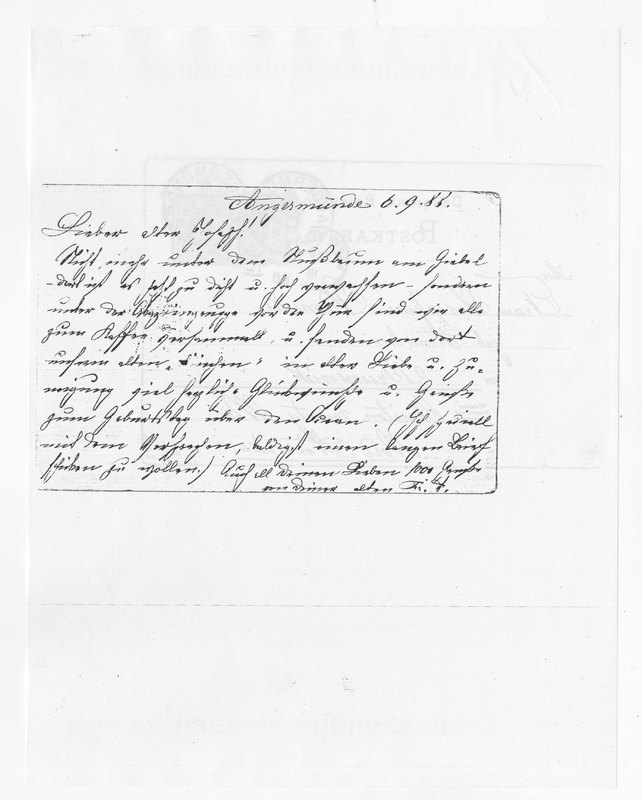 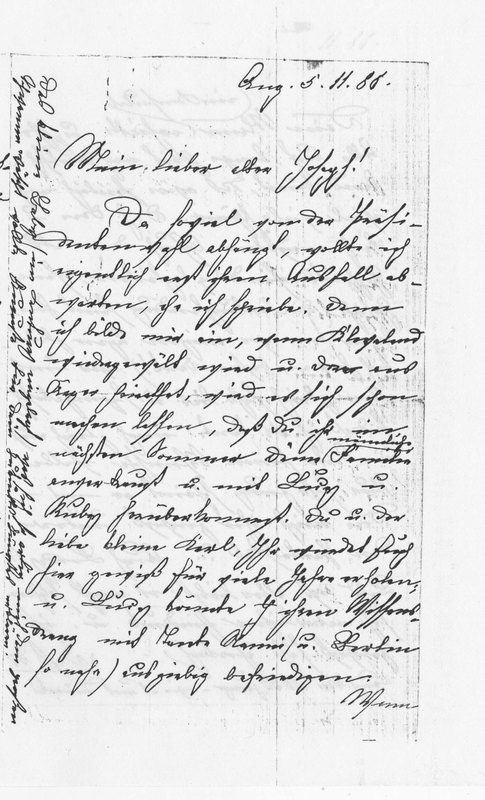 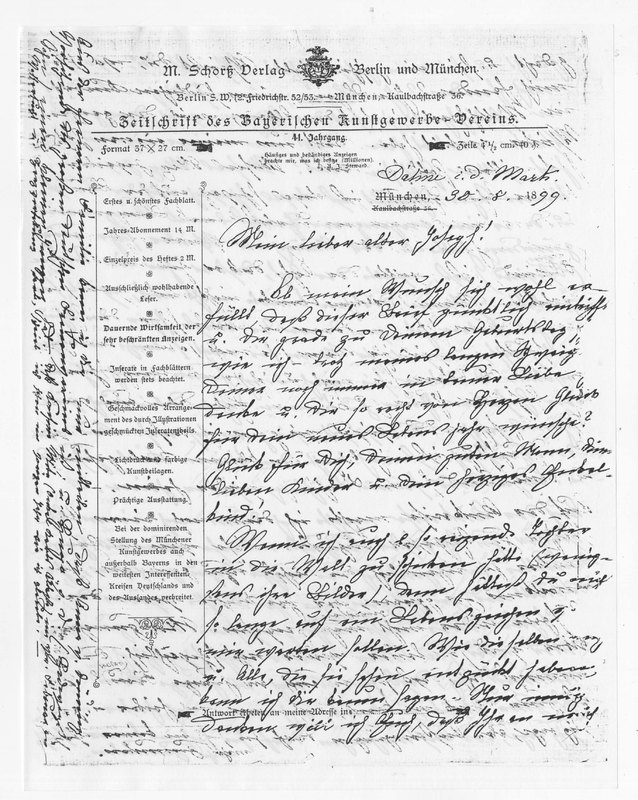 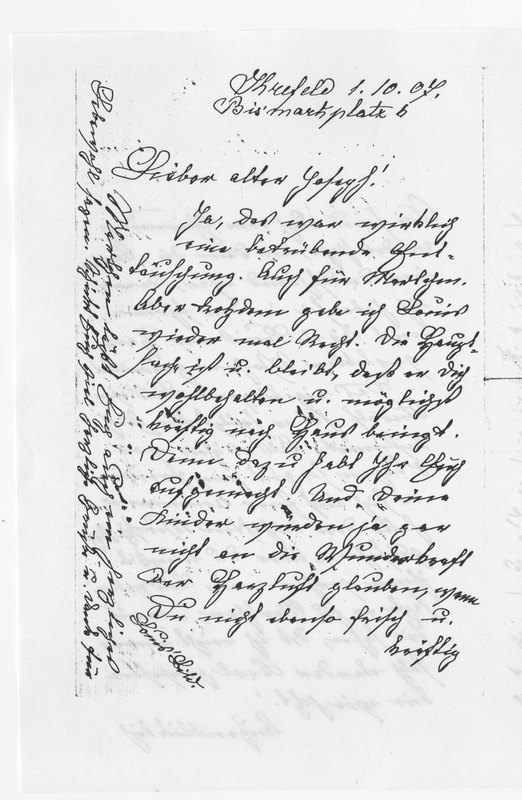 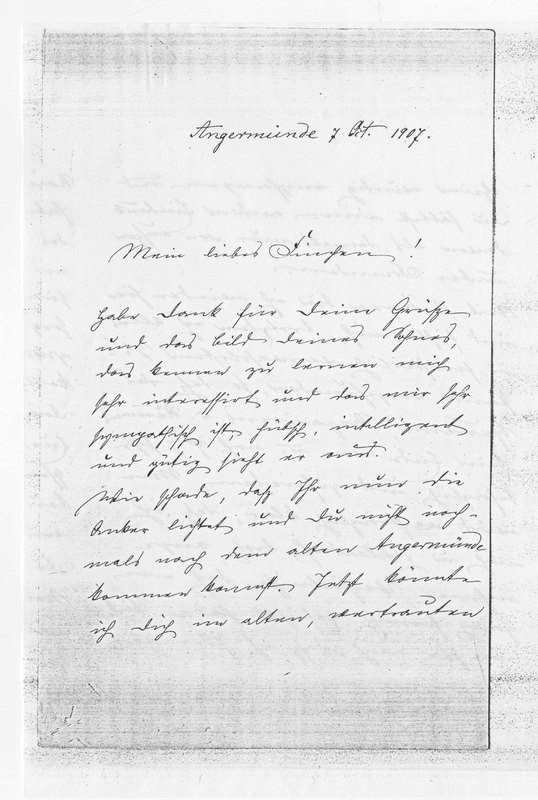 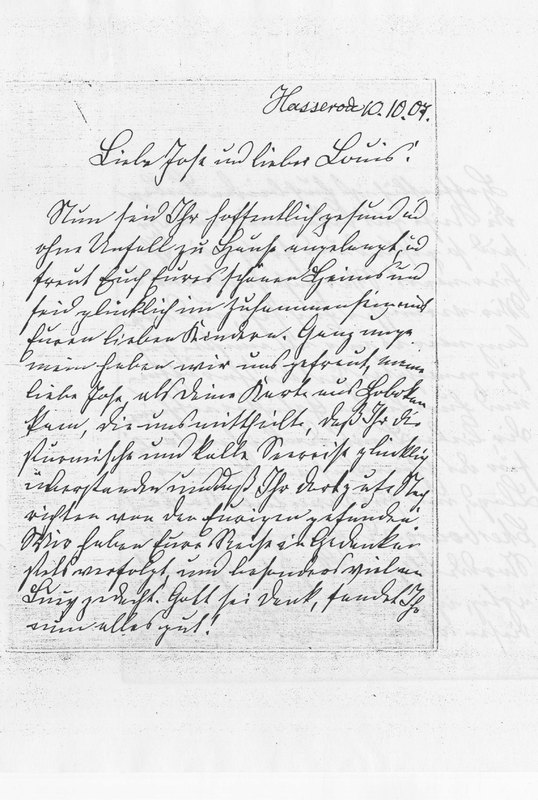 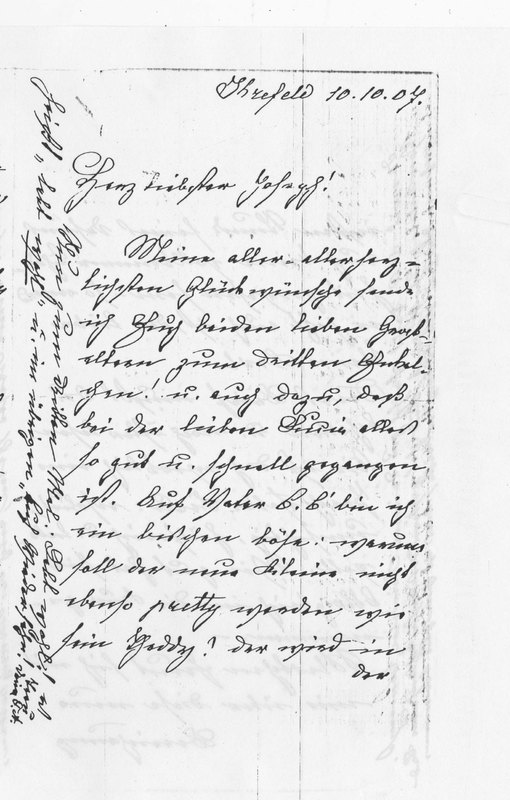 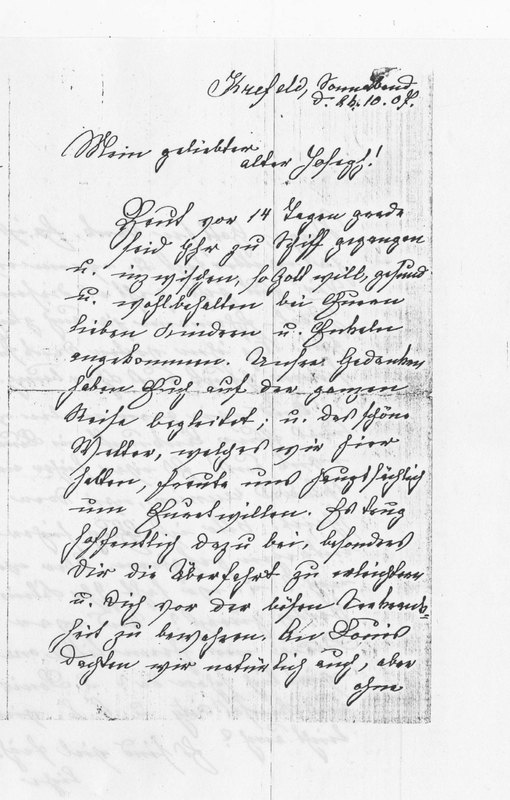 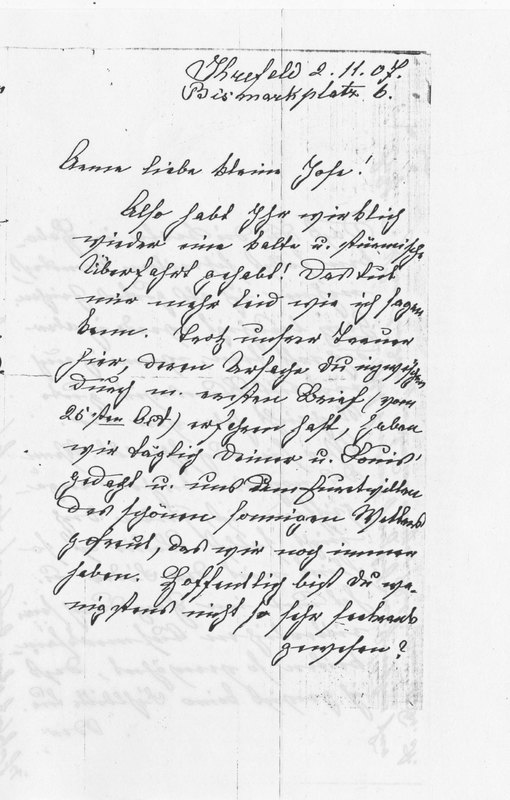 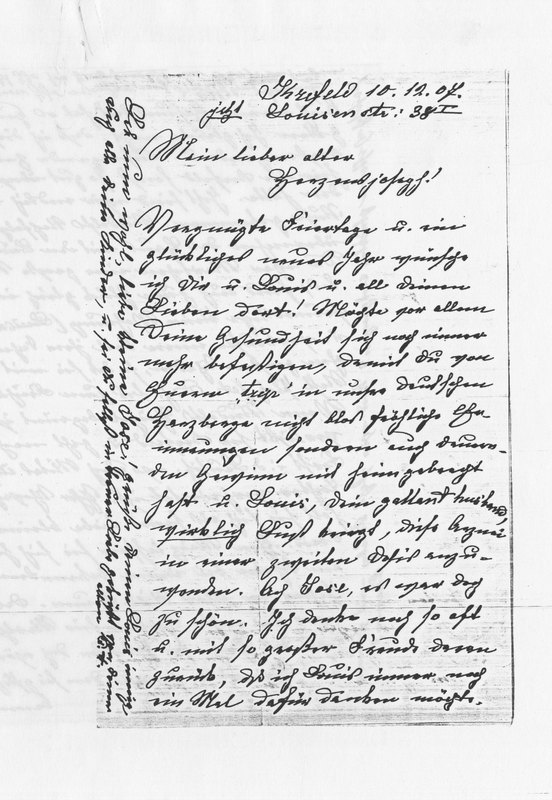 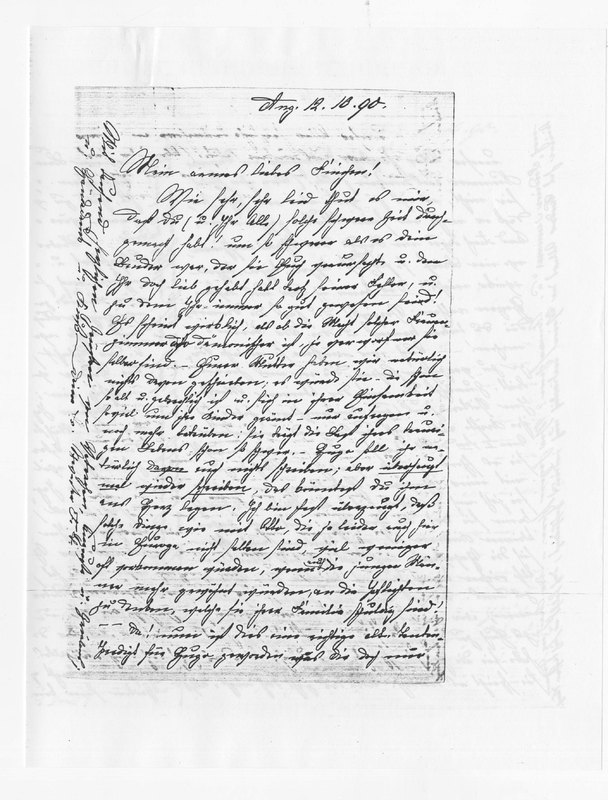 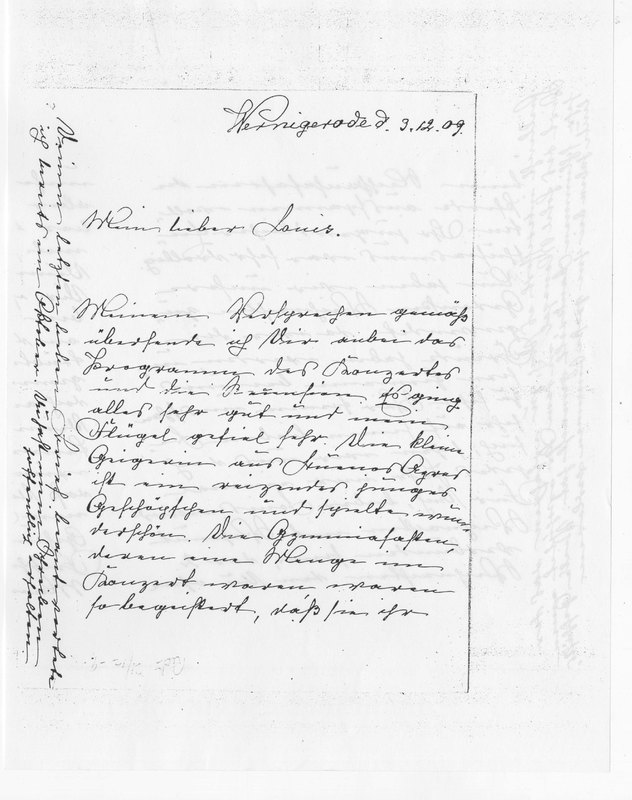 Letter from Frieda Schorss to Louis Benecke, the widower of her aunt Josephine Amerlan Benecke, December 3, 1909. Letter from Josephine Benecke to her daughter, Lucia Zillman, June 29, 1907, sent during her trip to Germany in 1907. This trip was Josephine Benecke's first trip back to her homeland in many decades.

Among the family members mentioned in the… 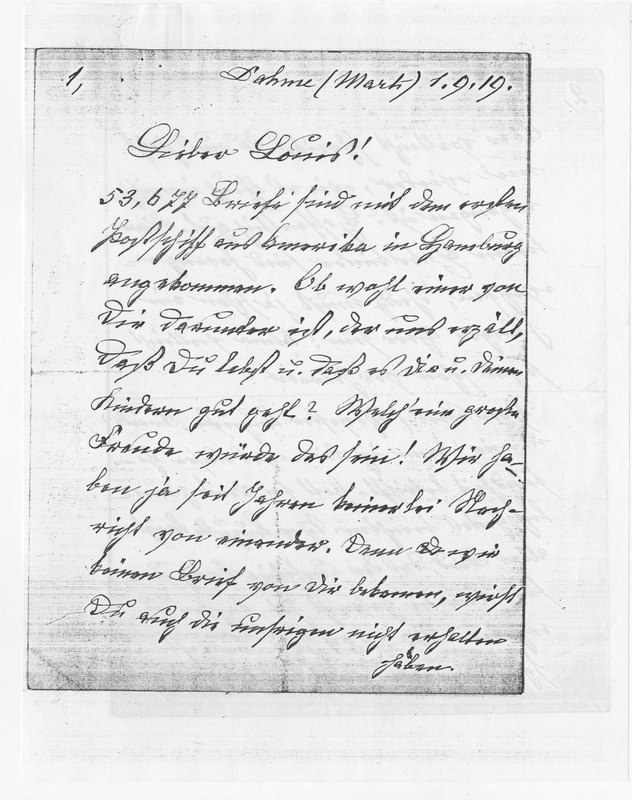 Letter from Frieda Amerlan to Louis Benecke, the widower of her sister Josephine Amerlan, September 1, 1919. This was evidently her first letter to her brother-in-law in several years and describes the consequences of World War I for the Amerlan…
View all 21 items