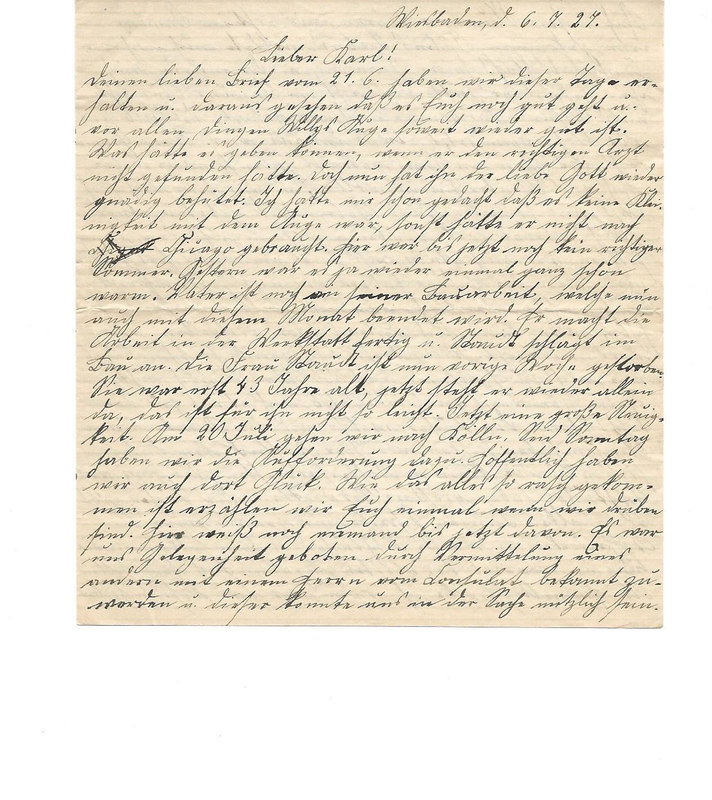 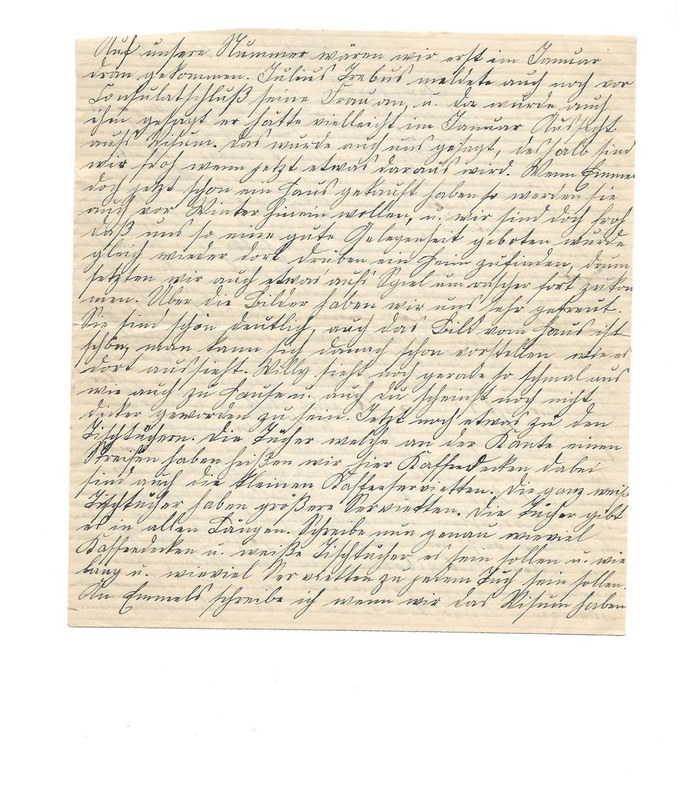 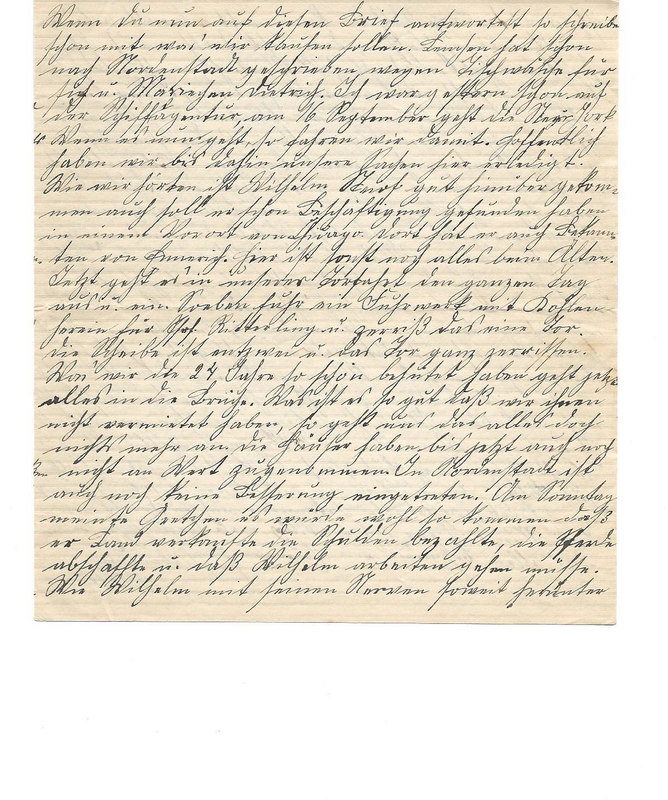 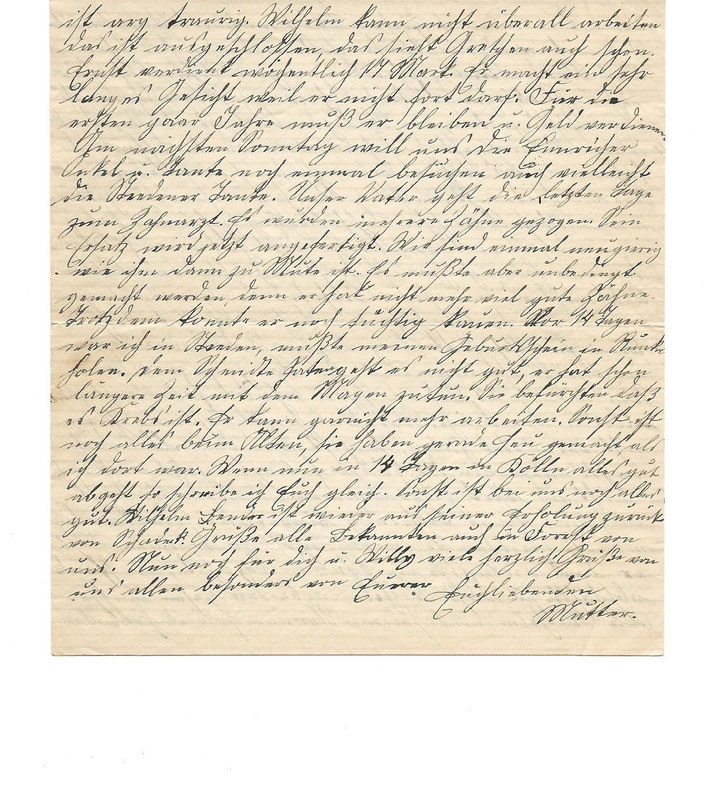 [...] I am glad to hear that Willy’s eye is better again. Who knows what might have happened, had he not found the right doctor. [...] Now some big news. On July 20th, we ae going to Cologne. We have had the request since Sunday. Hopefully, luck will be on our side. We will let you know later why things happened so quickly. Nobody here knows about it yet. Someone offered us the opportunity to introduce us to a gentleman from consulate, who would be able to help us with our application. Our number would not have been called up until January otherwise. Julius Trebuse submitted an application for his wife as well shortly before the consulate closed again. He was told that he might get a visa in January. Now that the Emmels have bought a new house, they will probably want to move into it before winter. We are very glad to be so lucky to have a house available over there right away. For this reason, we are not afraid to take some risks as well to be able to leave sooner. [...] Willy still looks as skinny as he did when he was still at home. You do not seem to have put on any weight, either. [...] I will write to the Emmels as soon as we have the visa.

Lenchen has written to Nordenstadt already and asked for some tablecloths for Mariechen Dietrich and herself.

Yesterday, I got some information at the overseas travel agency already. The New York [ship] is leaving on the 16th of September. If everything works out, we will travel on the New York. Hopefully, we will have all our affairs in order by then.

Nothing is better yet in Nordenstadt. On Sunday, Gretchen said that he will probably sell some of the land, get rid of the horses, and pay off his debt, in which case Wilhelm would have to get a job somewhere. Wilhelm is a bundle of nerves. It is very sad to see him this way. Wilhelm cannot work everywhere; it is impossible. Gretchen feels the same way. Ernst makes 17 marks per week. He looks very unhappy because he is not allowed to leave. He has to stay for a few years and earn money.

Next Sunday, Aunt and Uncle from Ennerich want to come and see us, and perhaps Aunt from Steeden as well. Father has been going to the dentist these past few days. He has had several teeth pulled. The dentist is now working on a replacement. We are anxious to see how the new teeth will work out. At any rate he had no choice, for he did not have vey many good teeth left. Yet, he was still able to chew normally. Two weeks ago, I was in Steeden. I had to pick up my birth certificate in Runkel. [...] Kindest regards to all of you [...] Mother