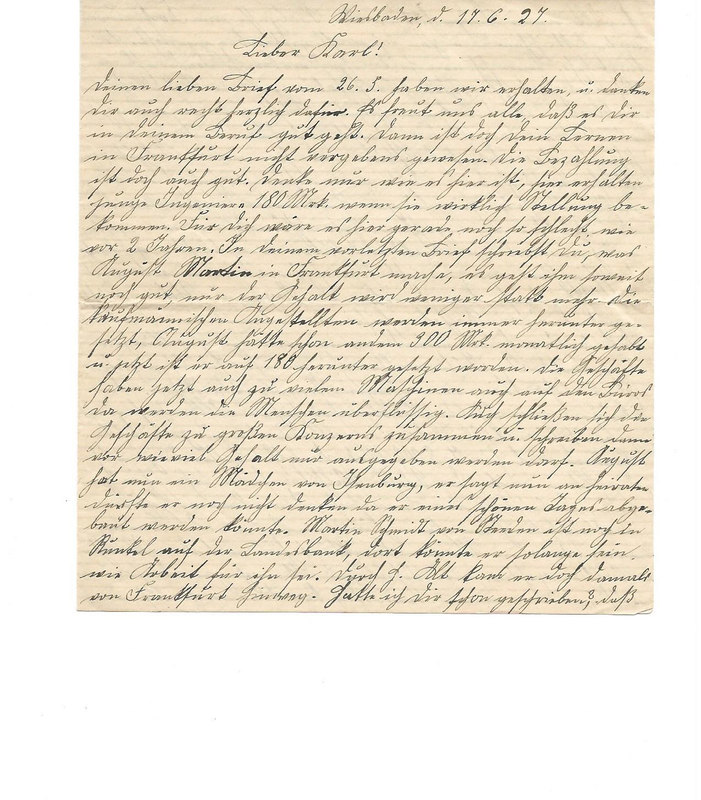 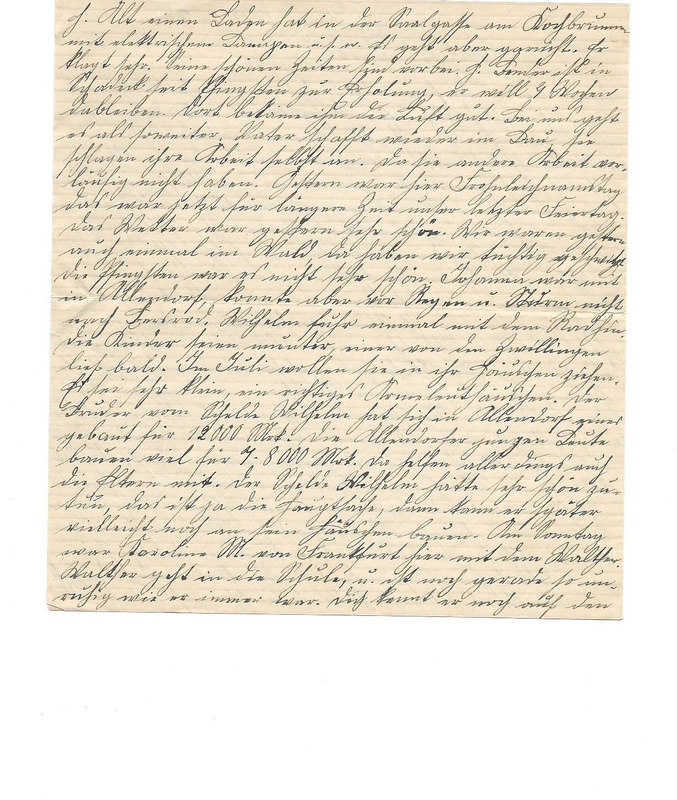 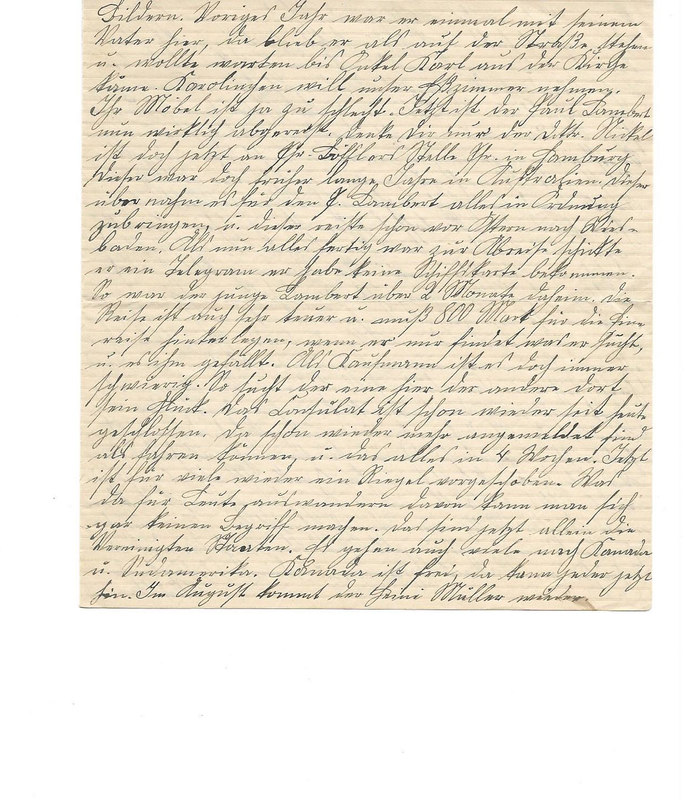 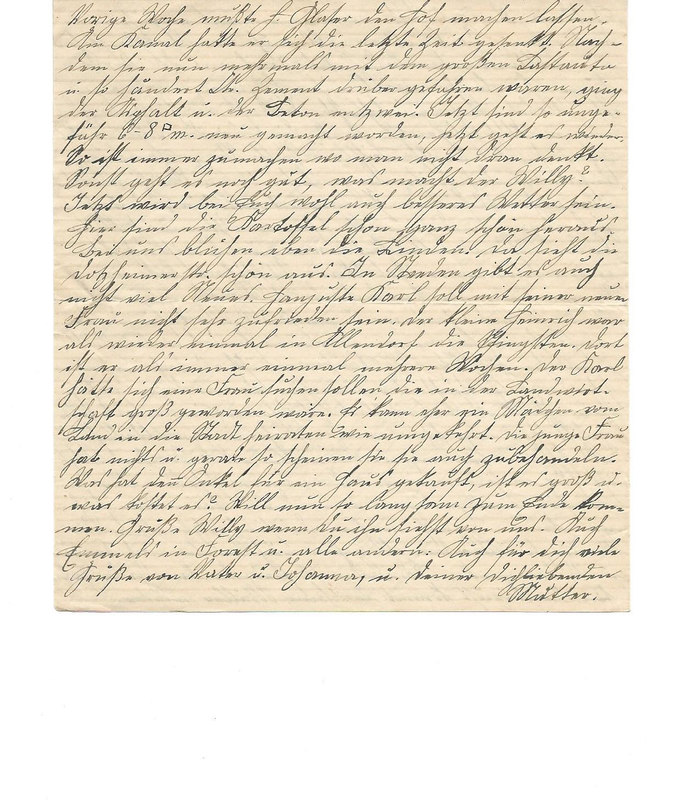 [....]August Martin in Frankfurt is still doing fine, although his wages have been decreasing rather than increasing. [...] It is not surprising since businesses use too many machines, even in the offices. This way, people become superfluous. [...] Martin Schmidt from Steeden still works at the state bank in Runkel. They will keep him as long as they have work for him. As you know, H. Alt owns an electrical lamps store on Saalgasse. [...] which is not doing well at all. He complains a lot. [...] Father is working in a new building again; they are offering their services on bulletin bords.

Johanna accompanied the others to Allendorf, but was unable to go to Bersrod because of the stormy and rainy weather. Wilhelm went there once by bicycle. Apparently, the children are doing fine. One of the twins is almost walking. In July, they intend to move into their little house. Supposedly, it is very small, a real "poor people’s house“. Wilhelm Schelde’s brother built a house in Allendorf for 12,000 marks. Many young couples in Allendorf are building houses for 7,000 marks. Granted, the parents often help out. We heard that Wilhelm Schelde has plenty of work. That is the important thing, and maybe he will be able to build a house for himself as well.

Karolinchen wants to buy our dining room set. Paul Lambert could finally leave. You remember Reverend Nickel, who took over for Reverend Löffler in Hamburg. As you know, Nickel spent years in Australia. He had offered Reverend Lambert to take care of all the formalities for his emigration. Consequently, Lambert traveled to Wiesbaden before Easter. When Lambert had everything ready for departure, Nickel sent him a telegram saying he had not been able to get a ticket for the ship. Young Lambert ended up being at home for over 2 months. The trip was very expensive, and Lambert had to make an 800 mark deposit before departure. Starting today, the consulate is closed again because there are already more applications than available spots. And all this in just 4 weeks. [...] Many people are going to Canada and South America as well. The are no restrictions for Canada; anybody can go there. [...] How is Willy doing? [...]

Not much is new in Nordenstadt.

Supposedly, Karl Hanjuste is not very happy with his new wife. Little Heinrich was in Allendorf again. He usually spends several weeks there. [...]

It is easier for a country girl to move into the city than the other way around. The young woman does not want anything, and they seem to treat her accordingly. Say hello to Willy if you see him[....] Kindest regards [...] Mother