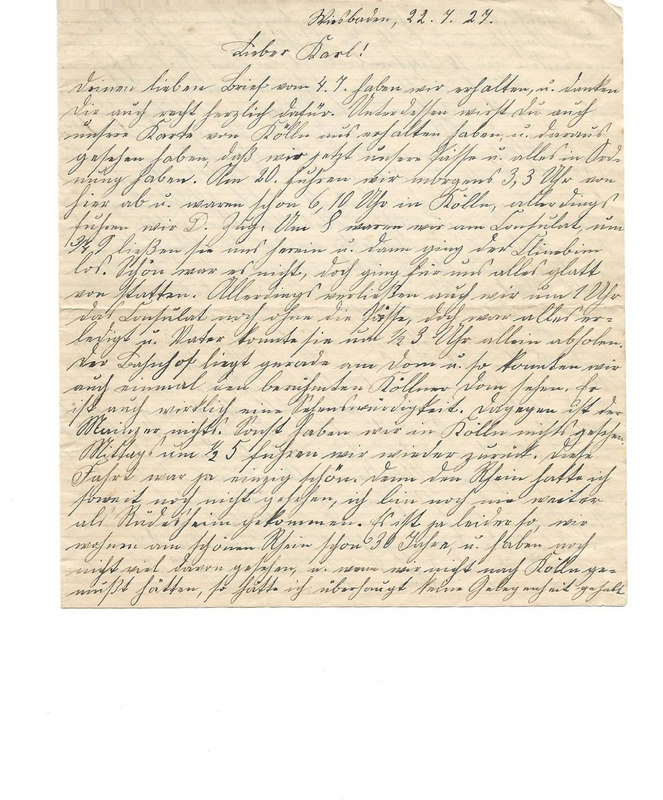 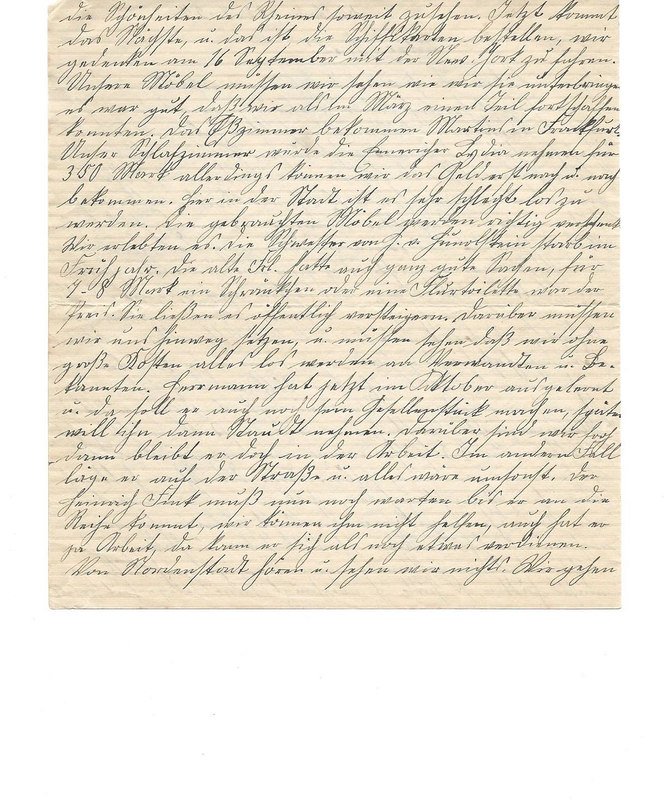 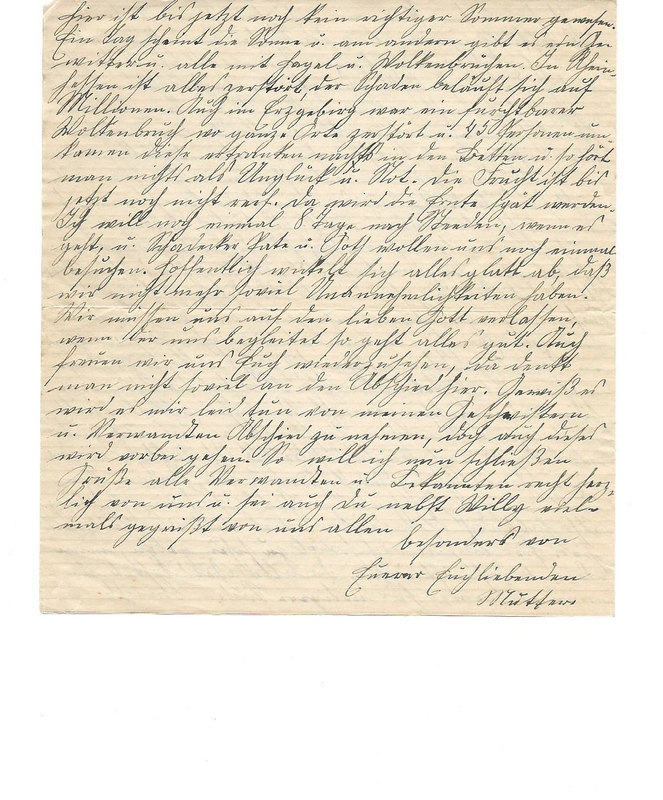 We have received your letter of July 4th. [...] You will also have received our map of Cologne, and have seen it, that we now have our passports and everything is fine. On the 20th at 3:30 in the morning we left here by train and arrived at 6:10 in Cologne, but we rode the D train. At 8 o’clock we were at the consulate and at 9:45 they let us inside and then went off the whole fuss and bother. Nice it was not, but for us, everything went off smoothly. However, we left the consulate around 1 o’clock, still without passports, but everything was done and dad could pick them up at 3:30 alone. The train station is near the cathedral so we were able to see the famous Cologne Cathedral. However, it is also a real attraction compared to it the Mainz Cathedral which is nothing [....] At 5:30 we returned. This trip was nice because I had not seen much of this part of the Rhine. I have never been further than Rudesheim. It is unfortunate that we have lived on the beautiful Rhine for 30 years, and still have not seen much of it. If we had not had to go to Cologne, I would have had absolutely no chance to see the beauties of the Rhine. Now comes the next, and this is to get the ship tickets, we will be leaving on the 16th of September to go to New York. We have to see how we can get rid of the rest of our furniture. It was good that we were able to start in March to start getting rid of some of it. The dining furniture will be going to the Martins in Frankfurt. Our bedroom will go to Lydia in Ennerich for 350 marks. However, we can get our money later. Here in the city it is very difficult to get rid of it. The used furniture is given away as a gift. A lot of things are publicly auctioned. Furthermore, we must ignore that, and must see that we get rid of it at no great cost to all relatives and acquaintances. Herrmann is now fully trained in October and since he will make his apprenticeship. Furthermore we are happy, then he will remain in the work [...] of Heinrich Fink has to wait until he comes to the top, we can not help it [....]

From Nordenstadt we have seen and heard nothing. We do not go there and they have not come here. Three weeks ago the old couple were in church. They sat in the back of the treasury and after the Amen they fled from the church. Isn’t that a laugh? We do not really know what they want. They probably want to bring us again before the pastors and all that but they have not succeed.

Speak again with Willy and see if he wants us to have to bring something that he can not get over there. Yes you can again write and tell us what you want. Of course we also have take something for the close relatives. We would like to bring something they want. If all goes well Julius Trebus will be going with us. Now it is our turn to get our clothes in order. Johanna can now sew at home alone, which costs us nothing [....] You have much more freedom but over there than here. There may still be so much to see, but not where you come because everything costs money and one always needs money for those necessay things. Here's been a real summer. One day the sun shines and the next day there is a thunderstorm with hail and cloudbursts. In Rhine-Hesse everything is destroyed, the damage in the millions.

Even in the mountains there was a terrible downpour [...] whole villages have been destroyed and 45 people have died, these were drowned in their beds at night [...] the fruit is not yet ripe, it will be a late harvest. In 8 days I will visit Steeden if all goes well [...] hopefully everything will go smoothly, that we do not have as much unpleasantness. We must rely on the love of God, if he is accompaning us all will be good. We also look forward to seeing you again and we will not think much our farewell here.

I feel sorry to leave my siblings and relatives, but that too will pass [....] Greetings to Willy. Mother