Caroline Emmel and Wilhelm Emmel to Karl Emmel, May 31, 1927 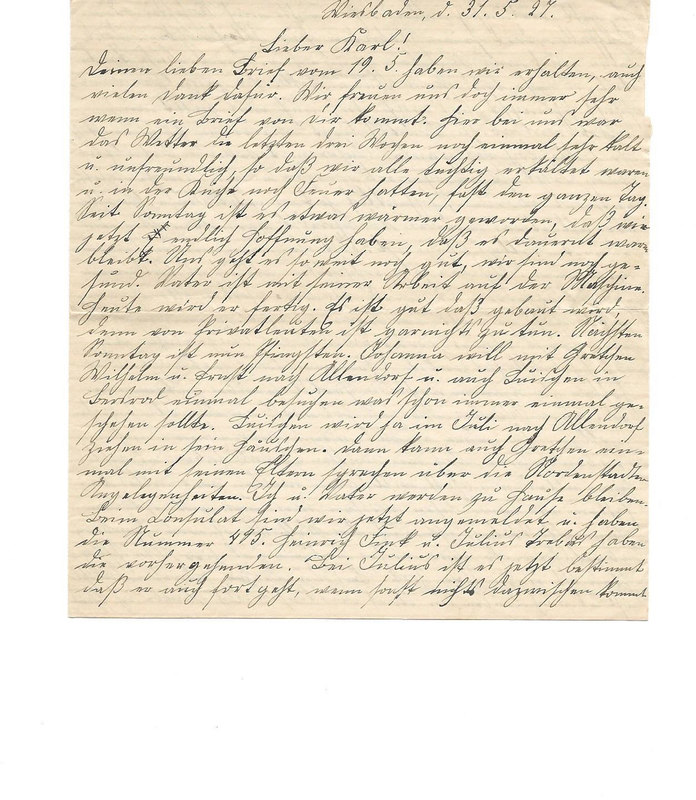 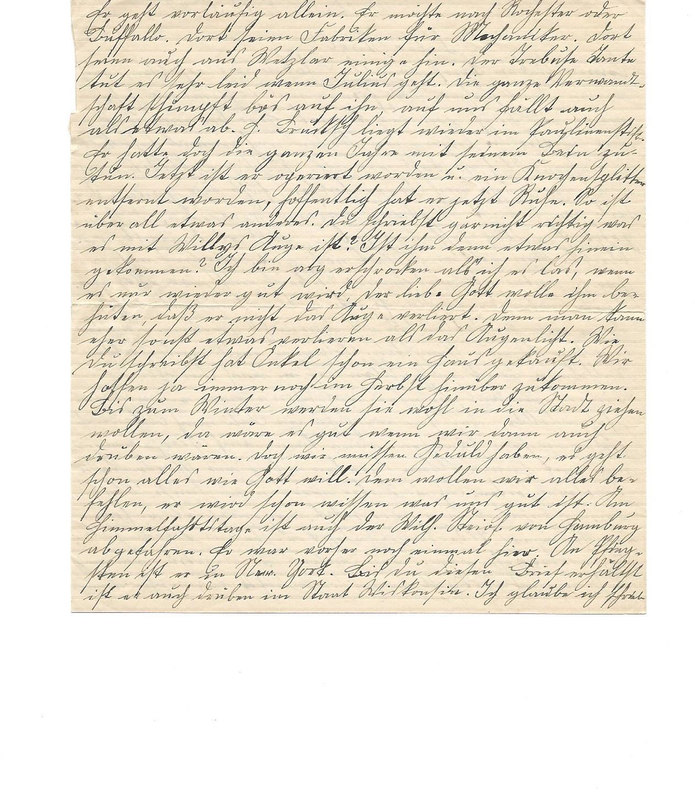 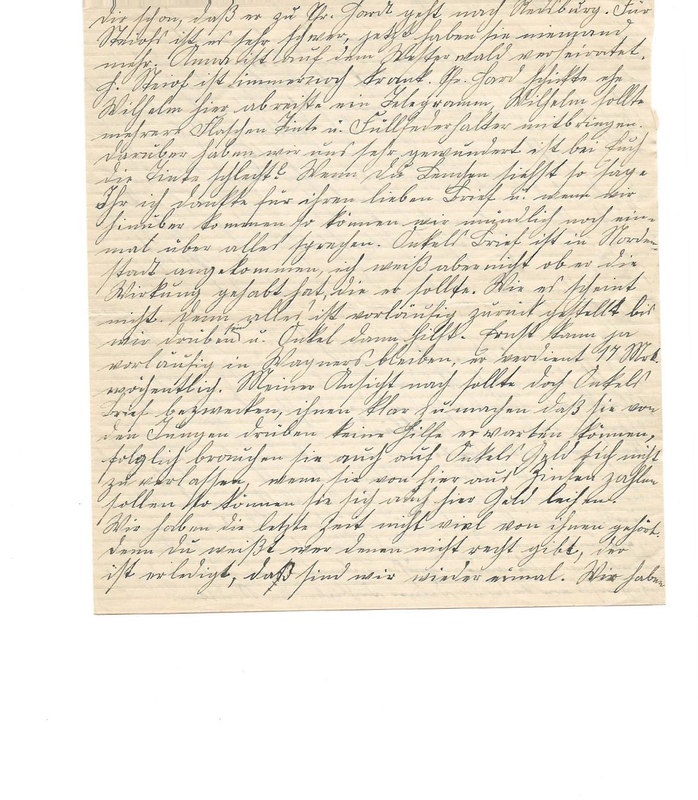 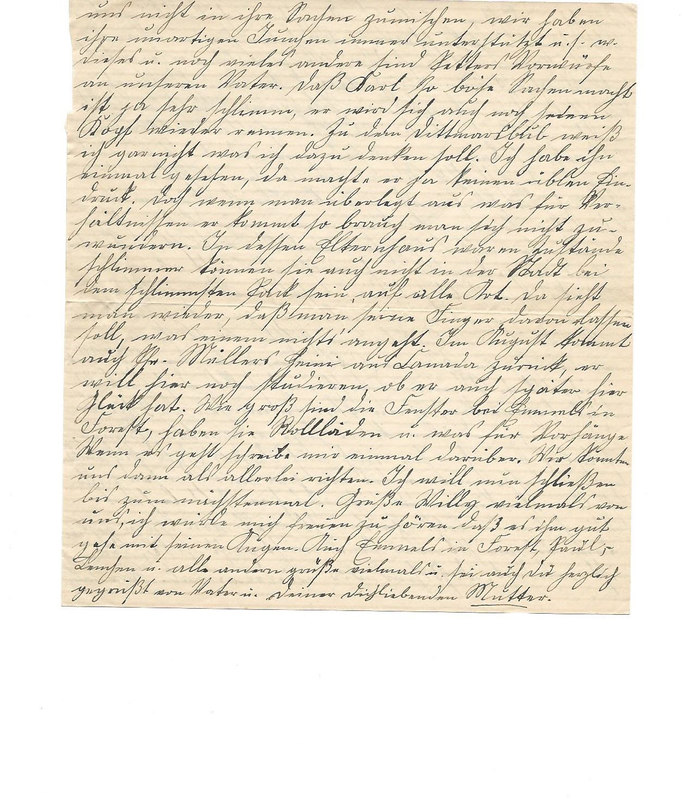 Letter from Caroline and Wilhelm Emmel to their son, Karl Emmel, May 31, 1927.

Father finished his work on the machine today. Thank God for the construction going on since there is absolutely no work coming from private individuals.

Johanna wants to go to Allendorf with Gretchen, Wilhelm and Ernst. She would also like to see Luischen in Bersrod, something she has wanted to do for quite some time. In July, Luischen will move into her new house in Allendorf. When in Allendorf, Gretchen will be able to discuss the situation in Nordenstadt with her parents.

We submitted our application to the consulate and received the number 495. Heinrich Fink and Ulrich Trebus got the preceding numbers. Julius knows now that he will be leaving as well. He is going temporarily on his own, preferably to Rochester or Buffalo. He says there are manufacturing plants employing mechanics there. Apparently, some emigrants from Wetzlar went there as well. Aunt Trebus is sad about Julius’s leaving. All the relatives are mad at him. We feel some of the disapproval as well. Hermann Brucksch has been admitted to the Pauline Clinic again. As you know, he has had problems with his leg for years. They finally operated on him and removed a bone splinter. [...]

You did not describe in detail the nature of Willi’s eye problems. Did something get into his eyes? If only his eyes get better again! May God watch over him and ensure that he does not lose an eye. According to your letter, Uncle has bought a house already. We are still hoping to get there in the fall. I am assuming that they would want to move into the city before winter’s arrival. With that in mind, it would be good if we could be over there by then as well.

If you see Lenchen, pleasse tell her I want to thank her for her dear letter. Should we get there soon, we can talk about everything again in person. Uncle’s letter arrived in Nordenstadt. However, I do not know whether it had the intended effect. It does not look like it. For, everything is postponed for the moment, until we arrive over there and Uncle helps out. Ernst can keep working at Wagner’s for now; he makes 17 marks per week. In my opinion, Uncles’s letter should convince them that they cannot expect any help from their children over there. Consequently, they should not rely on Uncle’s money, either. If they are going to pay interest from here anyway, they might as well borrow the money here. We have not heard much from them recently. But, as you know, whoever does not agree with them gets ignored. And we are the ones right now. We ae not supposed to meddle in their afairs; we have always supported their disobedient children; etc. etc. These are just some of the things Petter told Father. The things Karl is doing are definitely very bad. One of these days, he will bash his head against the wall again.

How big are the windows at the Emmel’s house in Forest? Do they have shades? What kind of curtains? Please let me know sometime. That way, we can prepare some things. [...]

Say hello to Willy as well. How are his eyes? Give our regards to the Emmels in Forest, to Paul and Lenchen[....]Father and Mother