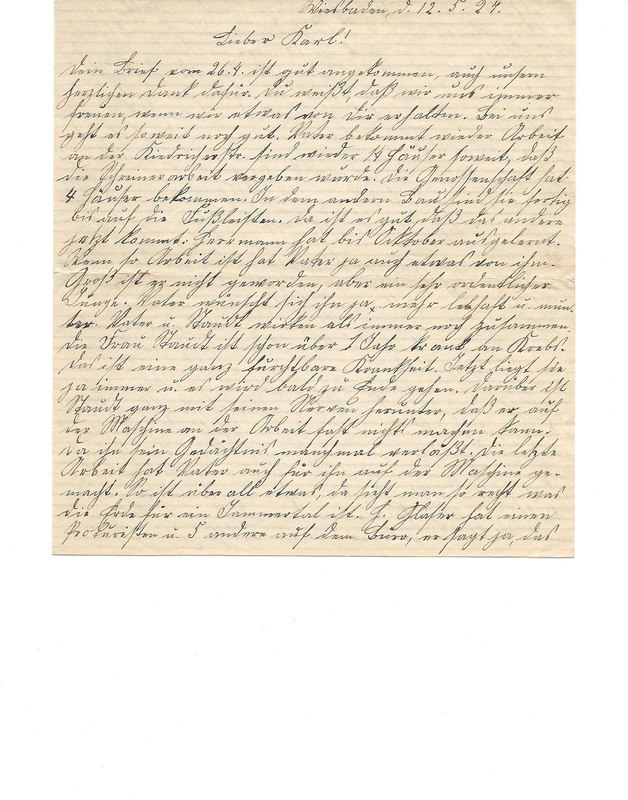 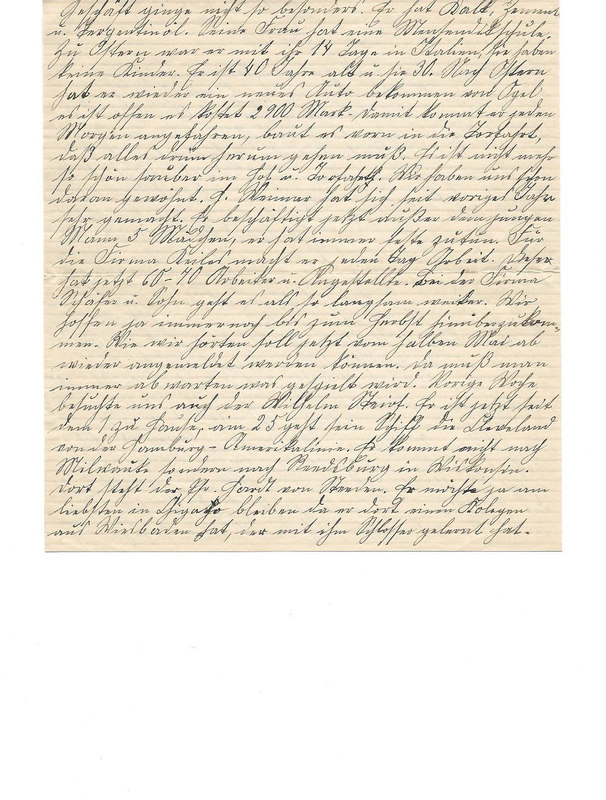 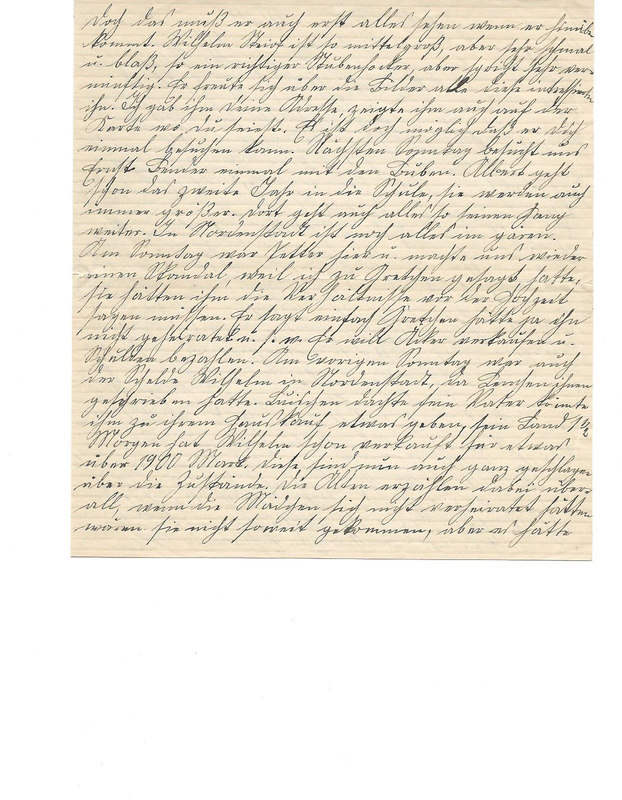 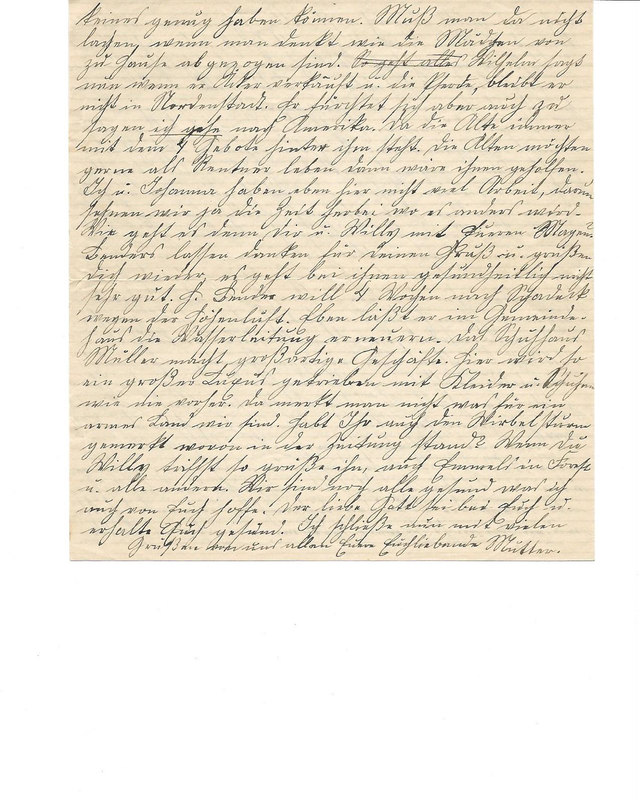 [...] Father is getting some work agan. On Kiedricherstrasse, 14 houses are ready for the carpenters to begin their work. The co-operative was assigned the work on 4 of the houses. The work in the other bulding is completed, with the exception of the baseboards. We are still hoping to be able to emigrate by fall. Supposedly, people will be able to submit applications again, starting in mid-May. However, one never really knows for sure.

Things are still in a turmoil in Nordenstadt. On Sunday Petter came here and unleashed his anger on me because I had told Gretchen that the folks in Nordenstadt should have disclosed their financial situation to her before the wedding. He argued that Gretchen did not marry him, etc.

He wants to sell some fields and pay off debt. Two Sundays ago, Wilhelm Schelde came to Nordenstadt because Lenchen had written to him. Luischen thought that, maybe, her father could help out with the purchase of their house. Wilhelm has already sold his land, one and a half acres, for which he received a little over 1,900 marks. The Scheldes are very distaught about the situation in Nordenstadt as well. The folks in Nordenstadt are telling everyone that, had their daughters not married, they would not be where they are now. However, none of the girls would have had enough. Doesn’t it make you laugh, thinking back on how the girls left their parents‘ house? Now Wilhelm is saying he would not stay in Nordenstadt if he sold any of the fields and the horses. Yet, he is afraid to say that he is going to America because his mother constantly reminds him of the 4th Commandment. The folks would like to live as pensioners, which would make their lives easier.

How have your stomachs been, yours and Willi’s? Müller’s shoe store is doing very well. People here are currently very extravagant with buying shoes and clothes – like never before. This way, it is less noticeable that this is really a poor country. Say hello to Willi if you see him. Kindest regards [...] your loving mother.