At the heart of the Hess/Hassel Family Letters lies a mystery: why did a man from Westphalia named Wilhelm Hassel leave his home and family behind and take on a new name, Friedrich Wilhelm Hess, in the United States? Could the letters he received from his sister and other family members shed light on what happened?

This challenge focuses on the dozen letters written to Hess by his sister, Emilie Hassel. The earlier letters were sent from their hometown of Hamm and a later group from Gumbinnen in Ostpreussen. According to biographical research, Hess was born some time around 1836 and immigrated to the United States in the late 1850s. He studied medicine in Baltimore, served in the U.S. Army in the Civil War, and eventually made his way to Cincinnati, where he worked as a doctor and on the side wrote a variety of essays, poems, and articles on the pioneer era and current events that were published widely in German-American newspapers. Hess passed away in 1877.

Hess’s papers, including letters from Germany he received between 1871 and 1877, are now part of the larger Rattermann Collection of German-American Correspondence held by the Illinois History and Lincoln Collections at the University of Illinois Library. It may be that transcribing these family letters will help explain what took Hess to the United States and how relationships developed in his family over the course of his absence. We have started off by transcribing the first lines of a handful of letters—please check out the work so far and help us learn more! 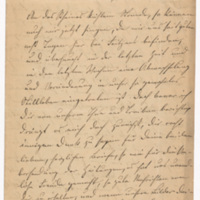 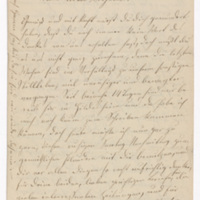 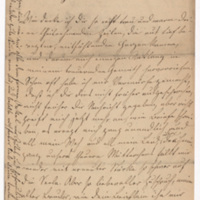 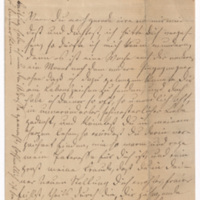 To transcribe other letters written by Emilie Hassel, follow this link!

← Peter Hansen’s Letters (Completed)
The Civil War through an Immigrant’s Eyes →
Who Was Friedrich Wilhelm Hess?