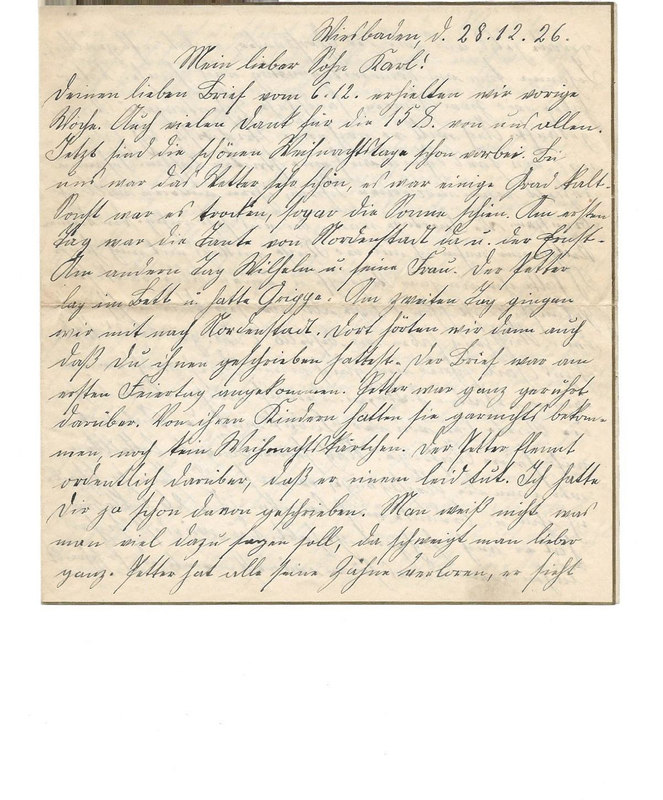 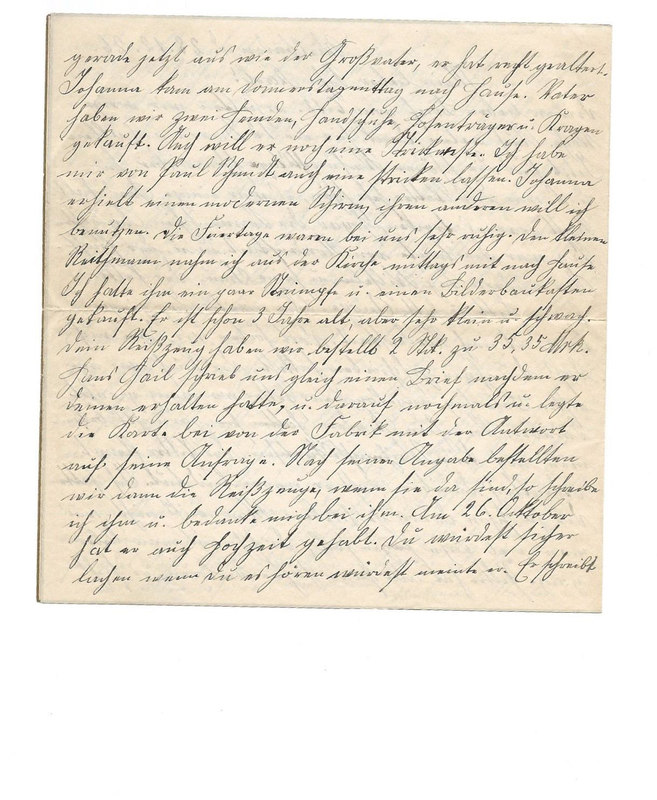 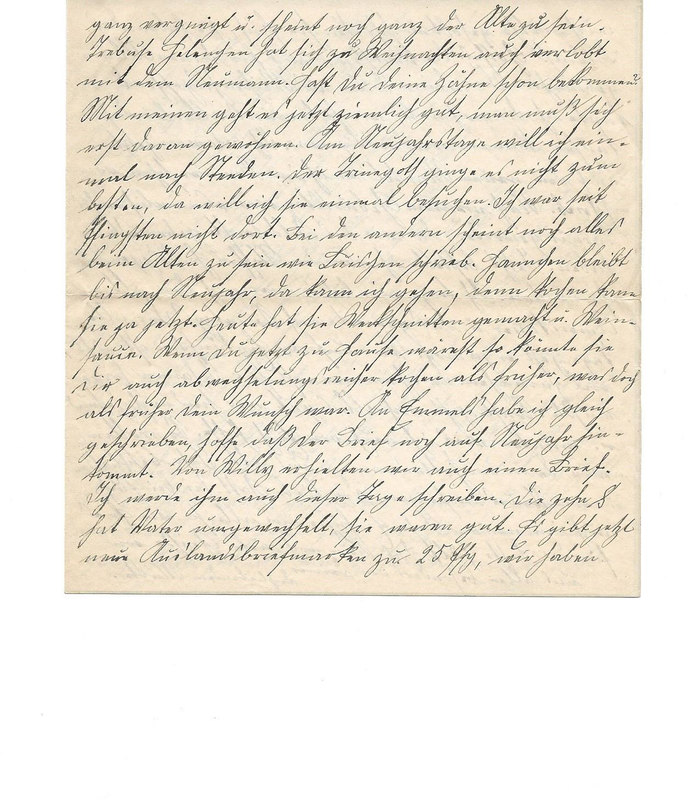 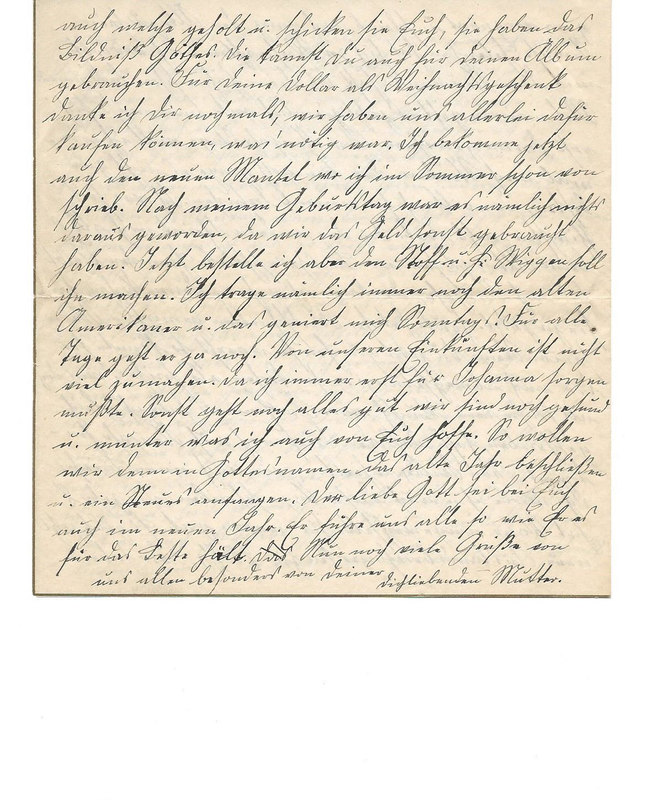 My dear son Karl, we received your letter dated December 6 containing the $15 last week. Thank you very much[....] Already, the beautiful Christmas days are over again; the weather was very nice.

On the first day of Christmas, Aunt and Ernst from Nordenstadt visited us. On the following day, Wilhelm and his wife came. Petter was in bed with the flu. On the second day, we accompanied our visitors to Nordenstadt, where we heard that you had written to them. The letter had arrived on the first day of Christmas. Petter was very moved by it. They hadn’t received anything from their own children, not even a Christmas card. Petter has been crying quite a bit because of it—to the point where we feel sorry for him. [....]Petter has lost all his teeth. Right now, he looks like Granpa; he has aged consderably.

Johanna came home on Thursday. We bought 2 shirts, slippers, suspenders, and some shirt collars for Father. In addition, he would like to have a knitted vest as well. I have had one knitted by Paul Schmitt, too. Johanna received a more stylish unbrella, and I will use her old one[....] I took the little Reithmann boy home with me after church at noon. I had bought him some socks and a picture building set [Bilderbaukasten]. He is 3 years old already, but very short and weak. We ordered your linens, 2 for 35.35 marks each. [...] Little Helen Trebus got engaged to Neumann over the holidays. Have you received your new teeth yet? I am doing quite well now with mine; it is a matter of getting used to them. On New Year’s Day, I am planning on going to Steeden. I heard that Irmagoth is not doing very well. I would like to go and see her. Hanchen is staying until after the New Year, which means that I can leave since she knows how to cook now. Today, she made Weckschnitten [an egg-based bread] and a wine sauce. If you were here now, she could offer you a little more variety in her cooking than in the past—just like you always wished[....] We received a letter from Willy as well. I will write to him soon, too. Father exchanged the $10; they were good. We now have new 25-phennig postage stamps for international mail. We bought some already and will send you some. Goethe is depicted on the new stamps. I am sure you can use them for your collection as well. I want to thank you again for the Christmas money you sent us. It helped us buy quite a few things we needed. I will be getting a new coat as well shortly, as I mentioned to you in the summer. I am gloing to order the fabric now, and then H. Wippen will sew the coat. I am still wearing the old American one and feel a bit embarrassed on Sundays[....] We haven’t really been able to buy much with our income since taking care of Johanna always took precedent. Well then, let us end the old year in the name of the Lord and start a new one. Kindest regards to everyone [...] Mother