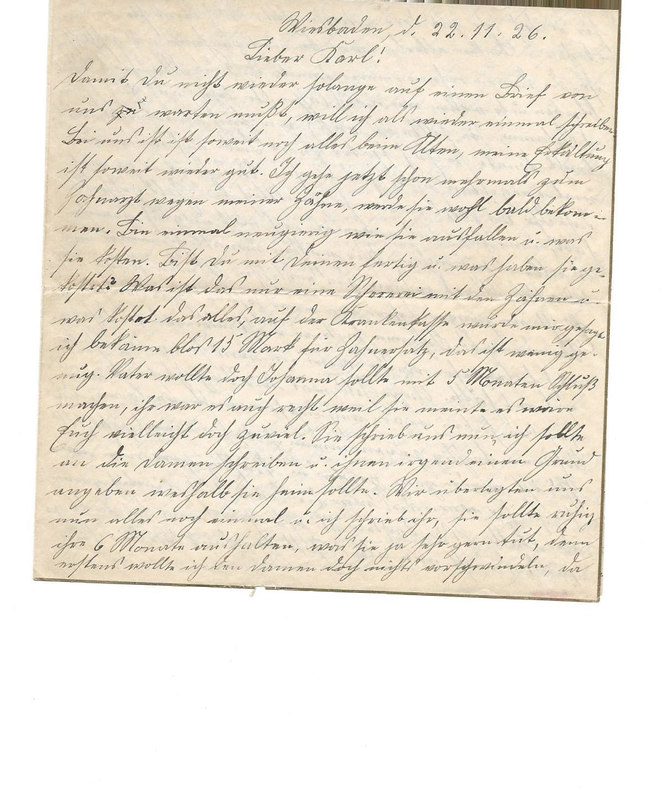 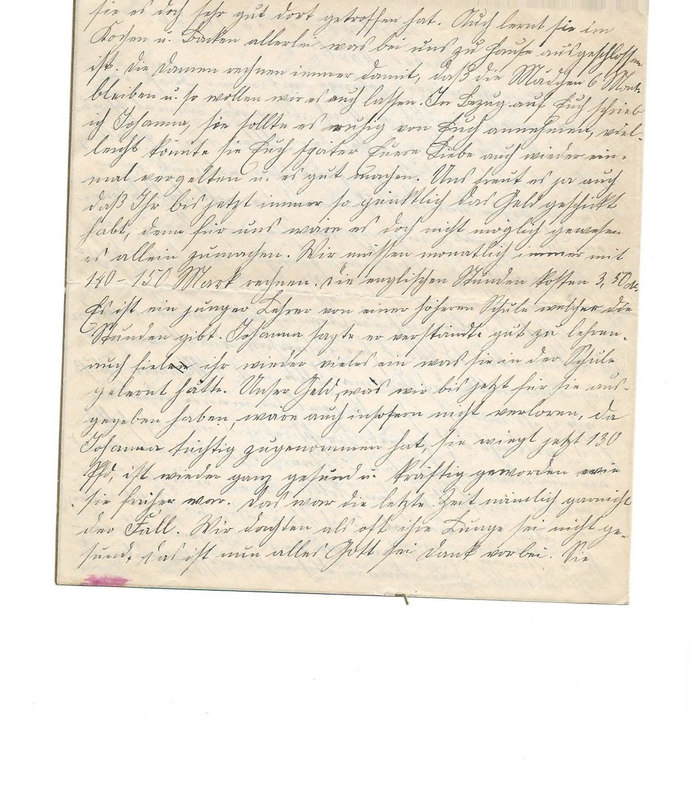 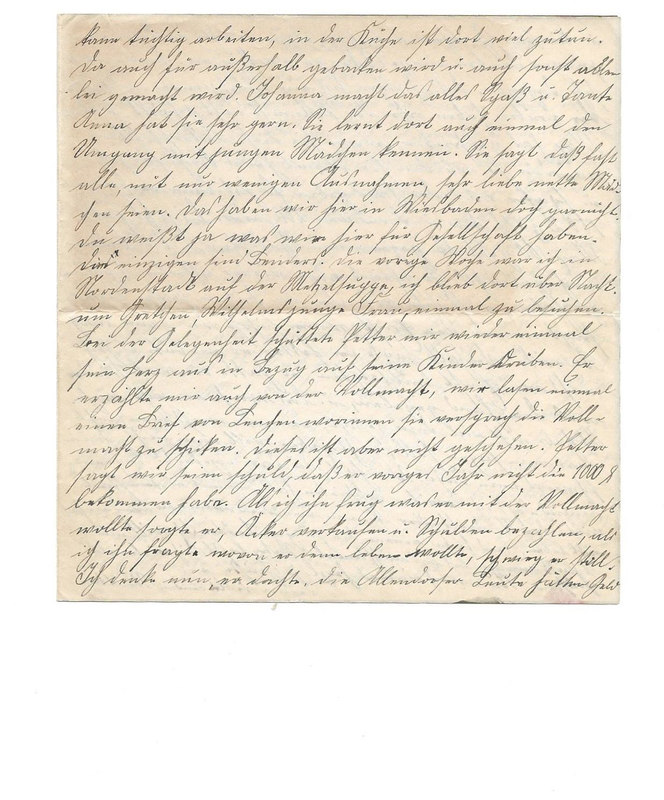 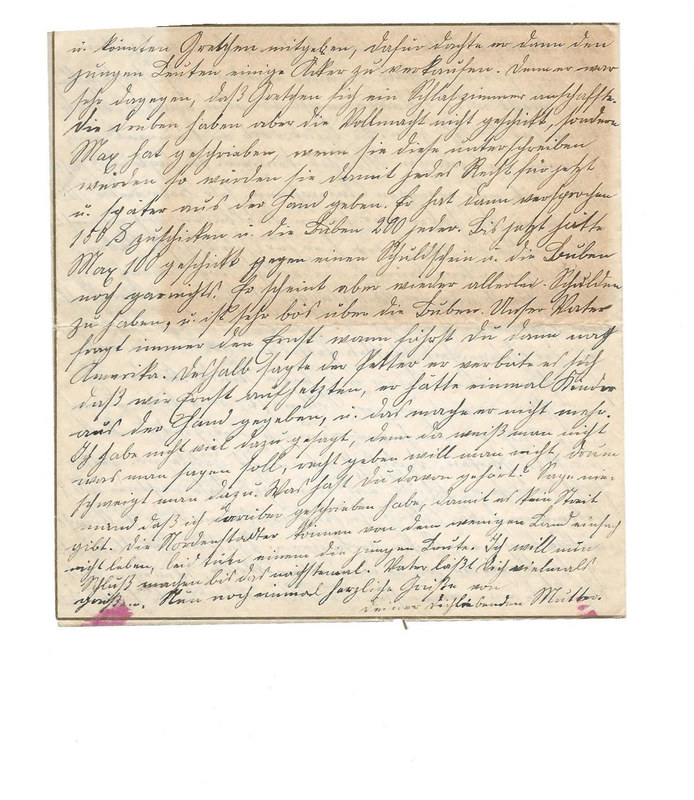 Nothing has changed here […] I have visited the dentist several times already; soon, I will get my new teeth. I am curious to see how they will turn out and what they will cost. […] The agent at the health insurance office told me I would only receive 15 marks for my teeth, which is very little. As you know, father wanted Johanna to come home after 5 months. She was fine with it as well since she thought that it was quite a burden on you. She wrote to us, instructing me to send a letter to the ladies with some pretext allowing her to return home sooner. We carefully considered everything again, and I wrote to her that she should just stay for the entire 6 months, which she is happy to do. I did not want to make up a story for the ladies, since the school is such a good fit for Johanna. In addition, she is learning quite a lot about cooking and baking, which would be impossible at home with us […] As far as you are concerned, I told Johanna that she should accept your help without feeling guilty and that some day, perhaps, she would be able to show her gratitude towards you. Of course, we are very happy as well for your prompt monetary contributions. For, we would definitely not have been able to do this on our own. We receive monthly bills of 140 – 150 marks. The English lessons cost 3.50 marks. There is an additional reason why our money is not wasted: Johanna has gained quite a bit of weight. She now weighs 130 pounds, is totally healthy again, and has become rather strong. She can get a lot of work done now. Johanna enjoys doing all this.

Last week, I went to Nordenstadt to enjoy some Metzelsuppe [a sausage soup]. I stayed overnight, in order to spend some time with Gretchen, Wilhelm’s young wife. Petter took the opportunity to lament about his children in America. He told me about the Power of Attorney as well. We had read one of Lenchen’s letters, in which she promised to send the Power of Attorney. However, she has not done so yet. Petter blames us for not having received the 1,000 [illegible; either dollars or marks] last year. When I asked him what he intended to do with the Power of Attorney, he said he wanted to sell some fields and pay off some debt. When I probed into how he planned to make a living, he did not answer.

I imagine that he thought that the people in Allendorf had money and that Gretchen would come with a nice dowry. He probably planned to sell a few fields to the young couple since he was vehemently opposed to the idea of Gretchen buying bedroom furniture. In addition the ones in America did not send the Power of Attorney. Instead, Max wrote a letter, saying that signing the document would mean waving all rights, present and future. He then promised to send $150, while each of the boys would send $200. Apparently, Max has sent $100 so far and a promissory note, whereas the boys have not sent anything yet. He seems to be in a lot of debt again and is very angry with the boys. Father keeps asking Ernst why he isn’t going to America. Petter finally told him to stop inciting Ernst to leave. He said that he had let his children leave once and that he was not going to do it again[....] What have you heard about this? Please do not tell anyone that I wrote about it; I do not want to cause any arguments. The folks in Nordenstadt just cannot live off that little bit of land they own. I feel sorry for the young ones, though.

[...] many kind regards from Father and from me, Mother.