The group of letters shared here is a small portion of the Dobberpuhl-Krueger Family Collection, a rich archive held by the Max Kade Institute for German-American Studies documenting five generations of a family whose members first immigrated to Wisconsin from Pomerania in the 1840s. These letters were largely sent to Carl Christian Friedrich Dobberpuhl (1784–1848) and his wife Caroline Friederike Klug Dobberpuhl (1798–1875), who came to southeastern Wisconsin in 1843, settling near what is now the city of Cedarburg not far north of Milwaukee.

The Dobberpuhls were part of a larger movement of Old Lutherans who emigrated from Pomerania in the face of the Kingdom of Prussia’s campaign to establish a single state church by merging together the Lutheran and Reformed denominations and forcing each to abandon aspects of their spiritual beliefs. Given the important role of religious liberty in shaping the Dobberpuhls’ decision to emigrate, it is not surprising that the correspondence they received from relatives in Germany—particularly Caroline Klug Dobberpuhl’s brother Gottlieb Klug—is rich with expressions of faith. 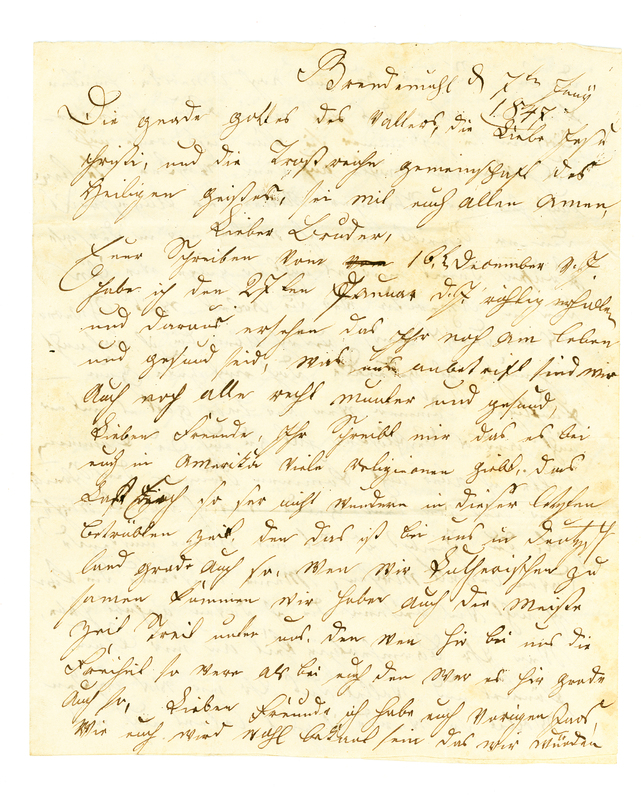 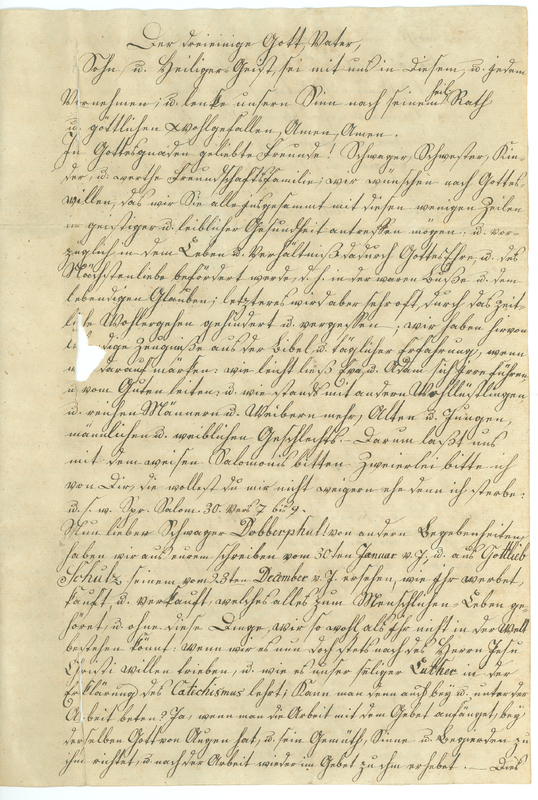 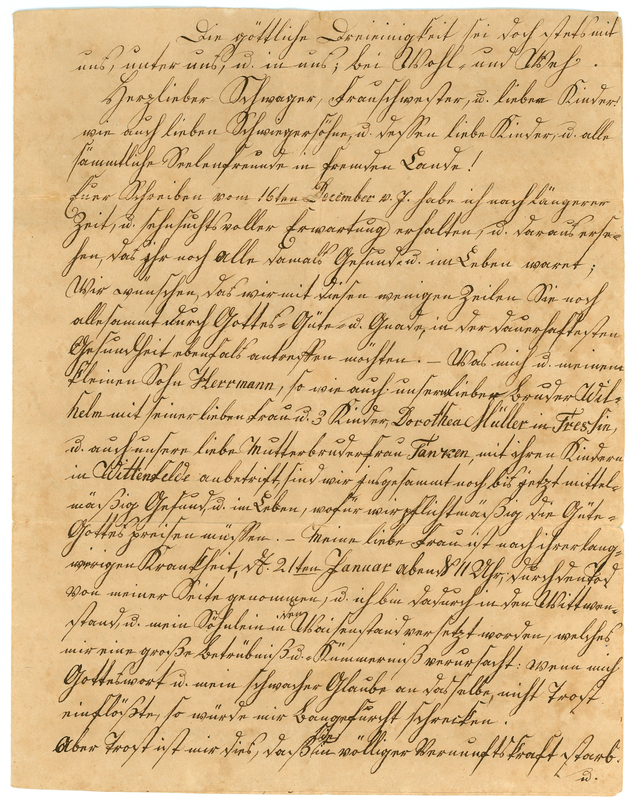 Letter from C.J. Gottlieb Klug to Carl Christian Dobberpuhl, May 25, 1847. 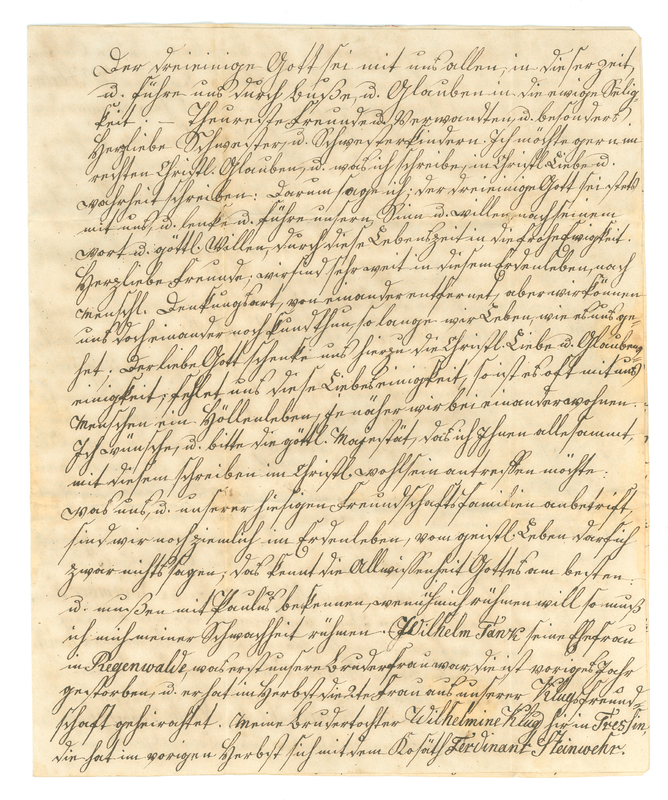