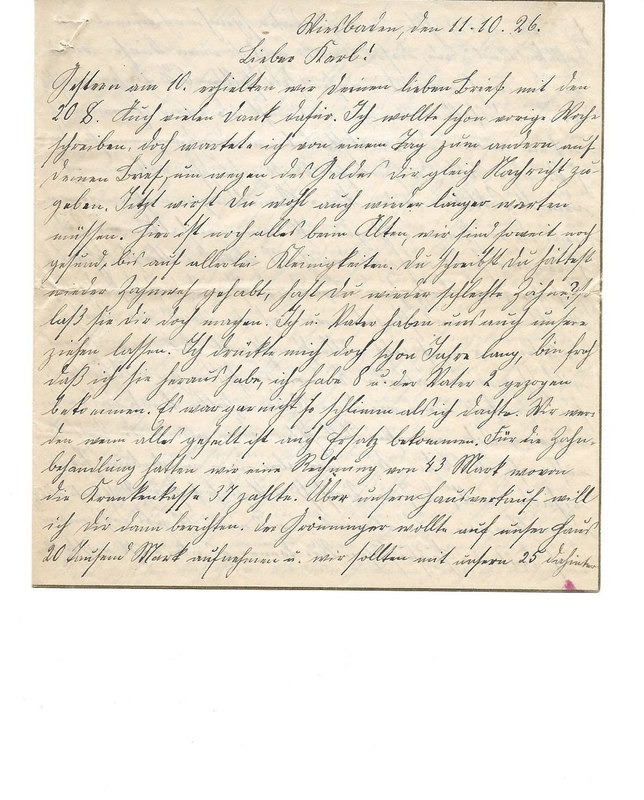 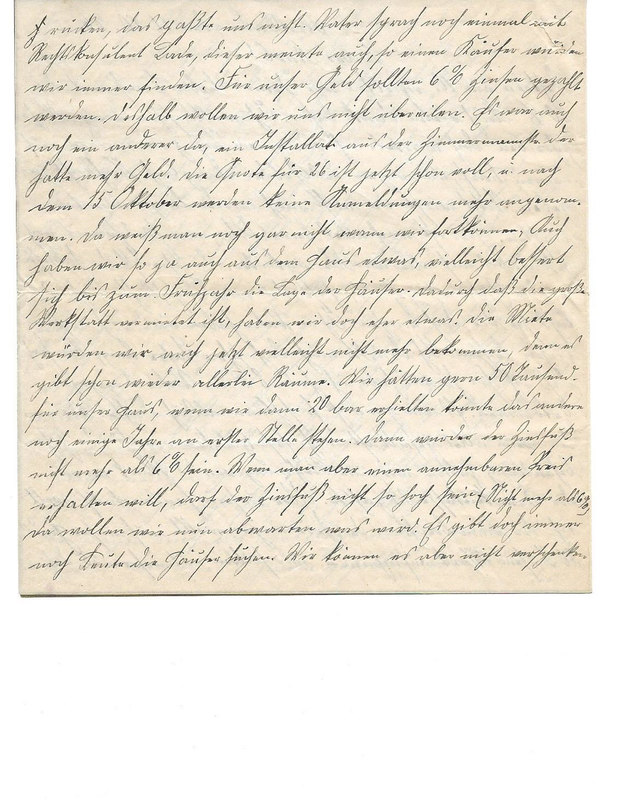 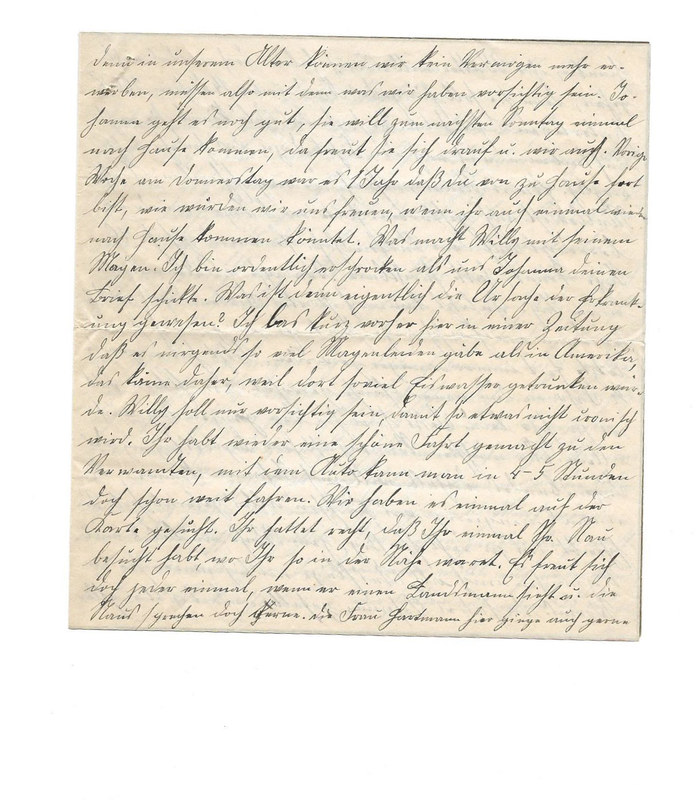 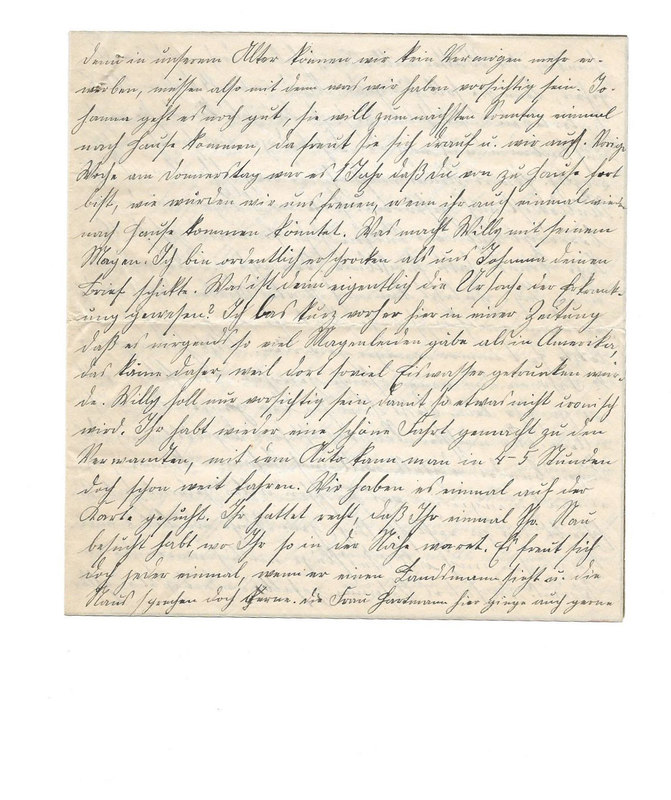 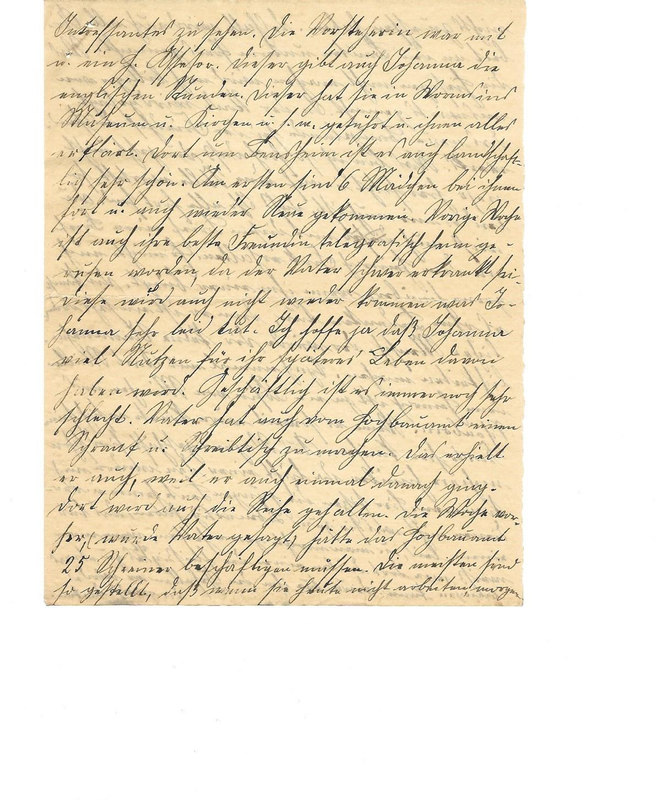 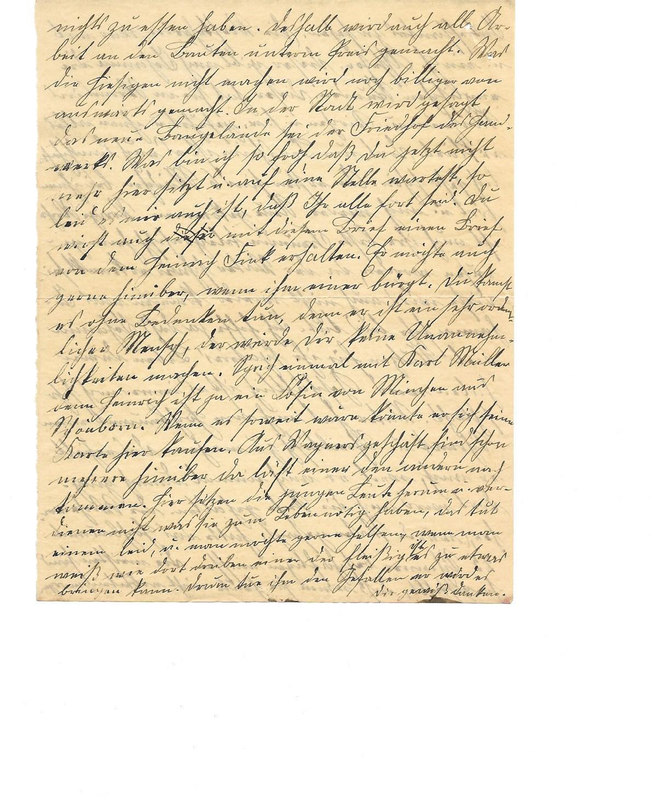 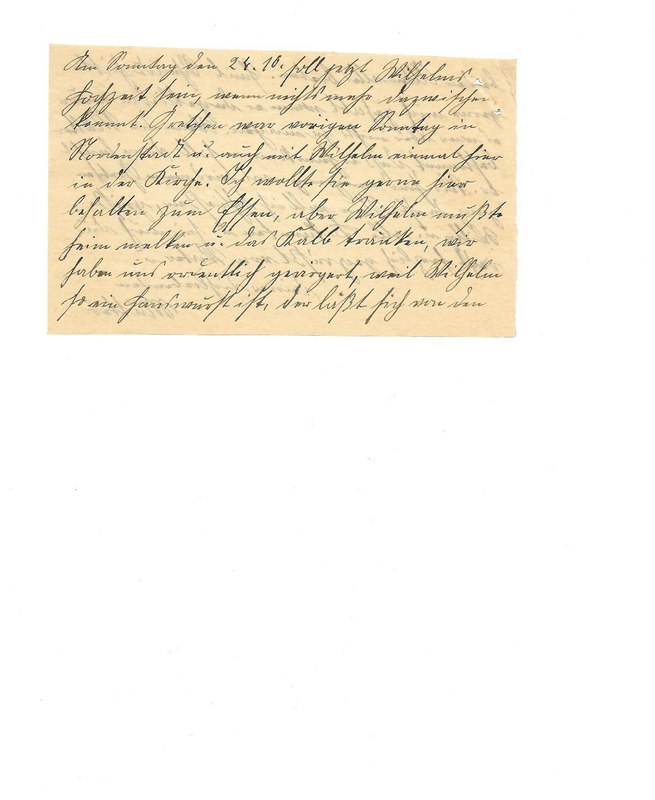 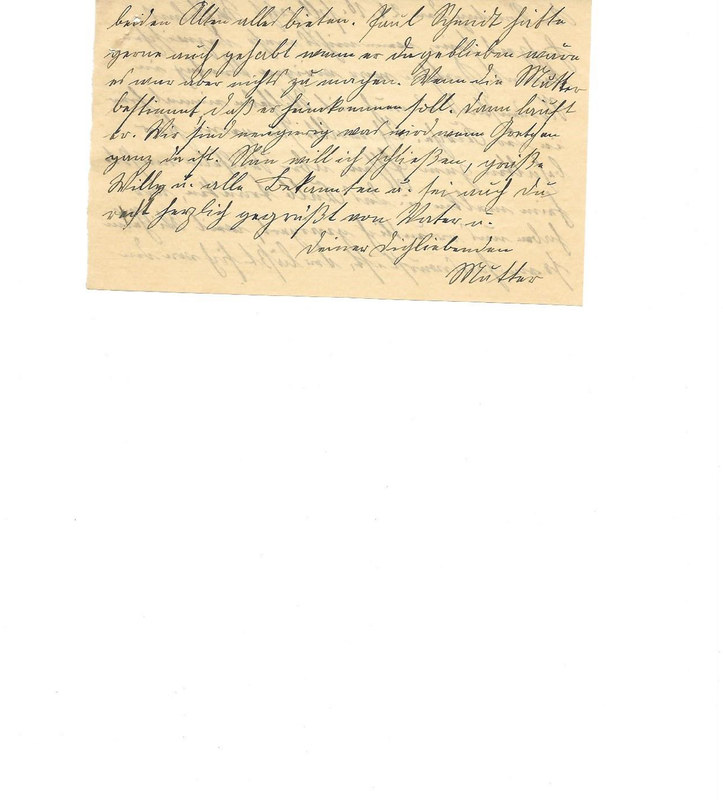 Dear Karl, we received your dear letter with the $20 yesterday, the 10th. Thank you for the money as well.

I wanted to write to you a week ago, but kept waiting, so that I could confirm that we received the money. […]

[…] You write that you had a toothache. […]Why don’t you go and get them fixed? Father and I had ours pulled as well. […] I had been putting it off for years[…] Now I am glad that they are gone. I had eight pulled and Father two. […] It wasn’t that bad […] Once everything is healed, we will receive replacements. […] Our dental bill amounted to 43 marks, 37 of which were paid by our health insurance. […] I want to tell you a bit about the house sale. Gröninger wanted to get a 20,000-mark mortgage for our house, and we were supposed to loan him the remaining 25,000. We did not like the idea. Father discussed it with Attorney Lade again, who confirmed that we could find this kind of buyer anytime. Gröninger intended to pay an interest rate of 6% for our money, no reason for us to rush into anything. There was someone else who showed an interest, an electrician from Zimmermannstrasse. This one had more money. The quota for 1926 has been filled already. After the 15th of October, no more applications will be accepted. Currently, we have no idea when we can leave. However, we will be able to get some more use out of our house, and – who knows –, maybe the housing market will have improved by spring. At any rate, since the big workshop is rented out, we have at least something. It is possible that we would not be able to get another renter right now if we needed one, for there are all kinds of rooms for rent again. We would like to get 50,000 marks for our house. If we could get 20,000 in cash, we could wait for the remainder for a few years, with the interest rate being no more than 6%. However, if we want to get an acceptable offer (at no more than 6%), we will just have to wait. There are still people out there who are looking for houses. We just cannot afford to give it away. At our age, we can no longer make a fortune and therefore have to be careful with what we have.

Johanna is still doing fine. Next Sunday, she wants to come home for a visit. Last Thursday marked the anniversary of your departure. We would be very happy if you came home sometime again as well. How is Willy’s stomach doing? […] I recently read in our local newspaper that there are more people suffering from stomach problems in America than anywhere else. Supposedly, this is because people drink so much ice water over there. […]Adolf Müller died, too. […] You will receive a letter from Heinrich Fink as well. He also would like to go over there, as long as someone agrees to act as a guarantor. You can do so without hesitation. He is a very honest man, who will not cause you any problems […]

Several of Wagner’s former employees have left already, one encouraging the other to follow. Here, the young people just sit around, unable to earn enough to make a decent living. I feel sorry for them and would like to help, particularly when considering that, over there, one can be successful if one works hard enough. […] Do him the favor, he will be very grateful.

On Sunday, October 28th, Wilhelm is supposed to get married – if nothing comes up any more. Last Sunday, Gretchen was in Nordenstadt. She also came to our church once with Wilhelm. I wanted them to stay and eat with us, but Wilhelm had to go home to milk the cows and feed the calf. We were irritated because Wilhelm is such a fool. He lets his folks do whatever they want with him. Paul Schmitt would have liked for him to stay as well, but it was useless. When his mother says that he needs to come home, he runs. We are curious to see how things will turn out once Gretchen is living there for good.