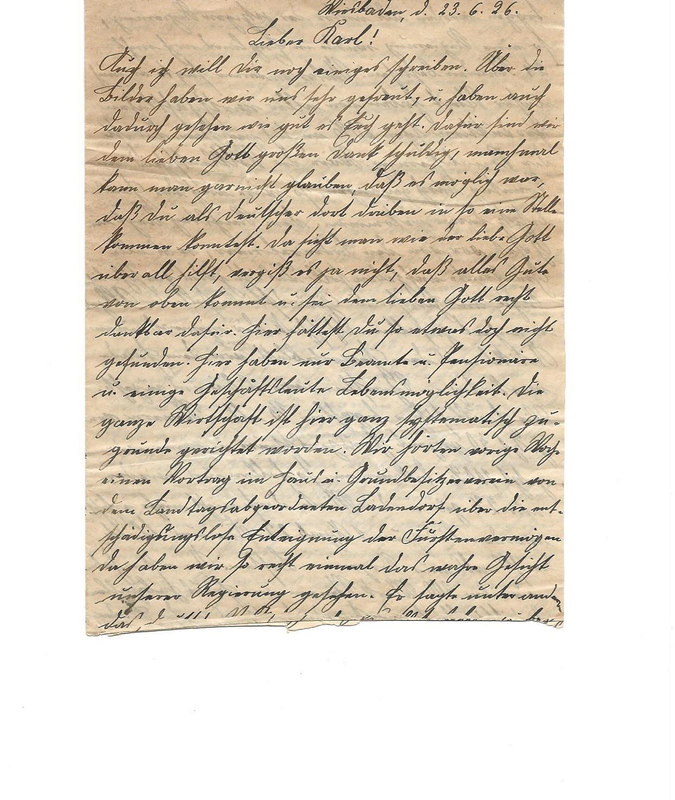 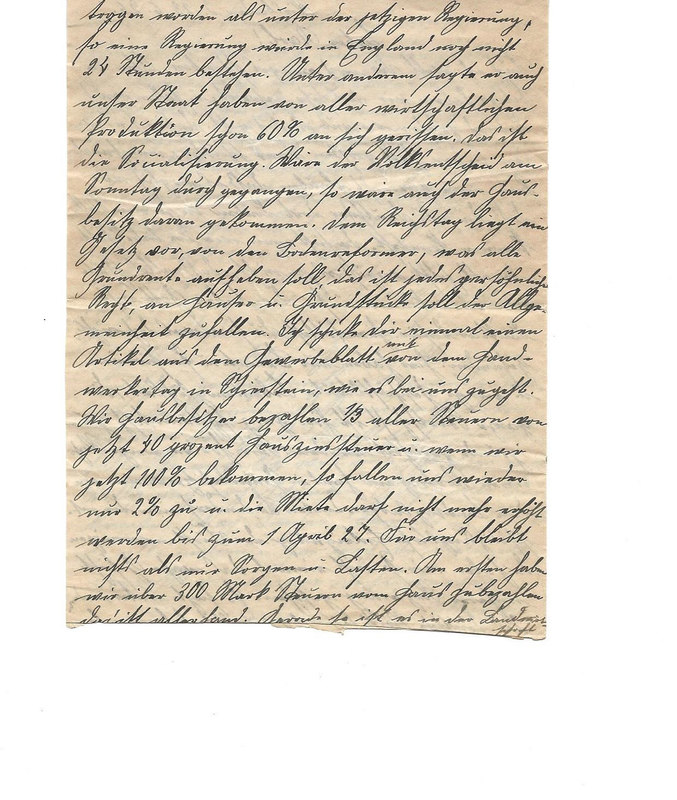 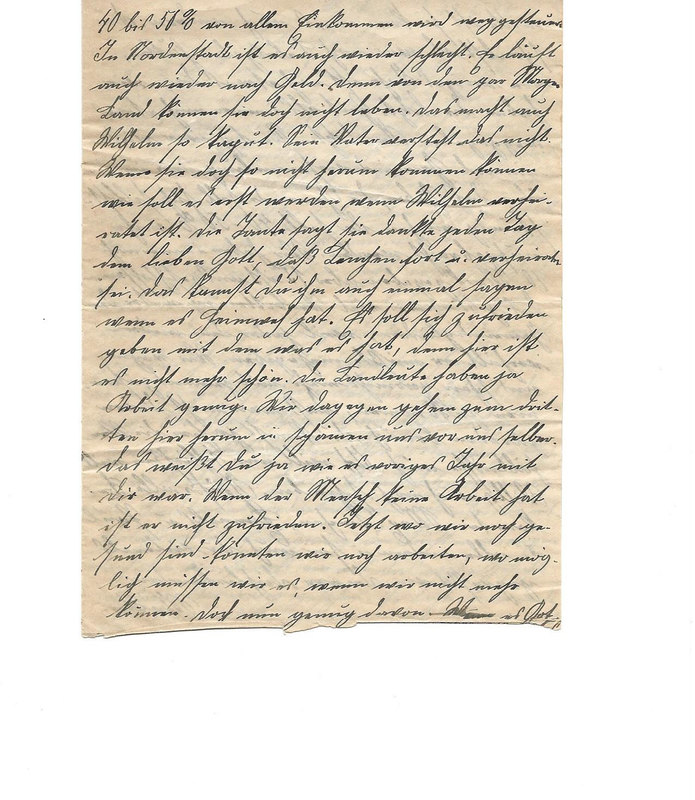 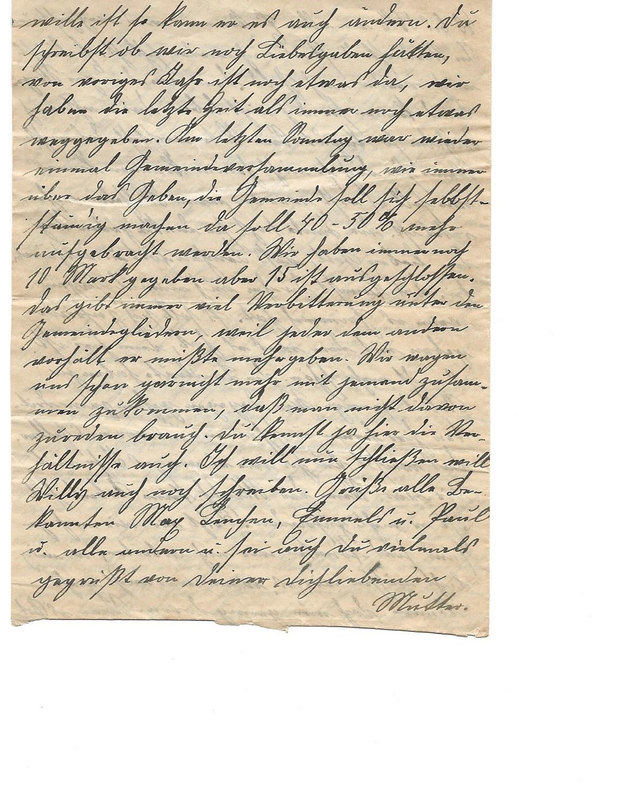 […] We were very happy about the pictures you sent us. It is obvious that you are doing well. We thank our dear Lord for that. Sometimes, I still find it hard to believe that you were able to find this kind of employment as a German. This certainly shows how the Lord can help anywhere. Do not ever forget that all good things come from above and be grateful to the Lord. You certainly would not have found this kind of work in our area. Here, only civil servants, retired civil servants, and a handful of businessmen have the means to make a decent living. In these parts, the entire economy has been destroyed systematically. Last week, at the Association of Landlords and Landowners, we heard a speech given by State Parliament Representative [Carl] Ladendorff. We got to see the true face of our government when the speech turned to the expropriation of the assets of the nobility without compensation. […] In England, a government like this would not last for 24 hours. Among other things, he said that our government has already taken over 60% of the country’s production. That is nationalization. If the referendum on Sunday had passed, house ownership would have been targeted next. Our parliament is currently discussing a bill drafted by the land reformers, which calls for the elimination of all ground rents. The purpose of this bill is to transfer all individually owned house and land titles to the public. […] As house owners, we pay 1/3 of all taxes with our rent tax, which now amounts to 40%. Should the amount now get raised to 100%, all we would be left with is 2%. In addition, we are not allowed to raise rental fees until April 1st, 1927. All we have left at this point is worries and financial burdens. On the 1st, we will have to pay over 300 marks from our house income. […]

Things are bad again in Nordenstadt as well. He is running around again, asking people for money, for they cannot live off their few acres of land. This is bothering Wilhelm considerably as well. His father does not understand it, however. But how will they be able to manage once Wilhelm is married if they are already struggling to make ends meet? Aunt says she thanks the good Lord every day for Lenchen being married and away from home. Why don’t you tell Lenchen that when she feels homesick. She should be content with what she has, for it certainly is no longer nice over here.

The country folk do have enough work. The three of us, however, walk around here and feel ashamed of ourselves. I am sure you can relate to that since you felt the same way last year. When people are without work, they are not happy. Now that we are healthy yet, we could still work. Who knows, we might need to work when we no longer have the ability. […] You are wondering whether there is anything left of the things you sent us. We still have a few things from last year; we also have been giving away a few things here and there recently. Last Sunday, we had another municipal assembly. As usual, the discussion focused on contributions since the municipality is supposed to become independent. We are supposed to raise 40 to 50% more. We still contributed our 10 marks; paying 15 marks is out of the question. This always causes a lot of embitterment among the members of the assembly because every one of them accuses the others of not contributing enough. We are at the point where we avoid running into anyone, out of fear of having to discuss the issue. You know how it is around here […] Say hello to all our friends, to Max, Lenchen, the Emmels, and Paul. My regards to you as well […] your loving mother.