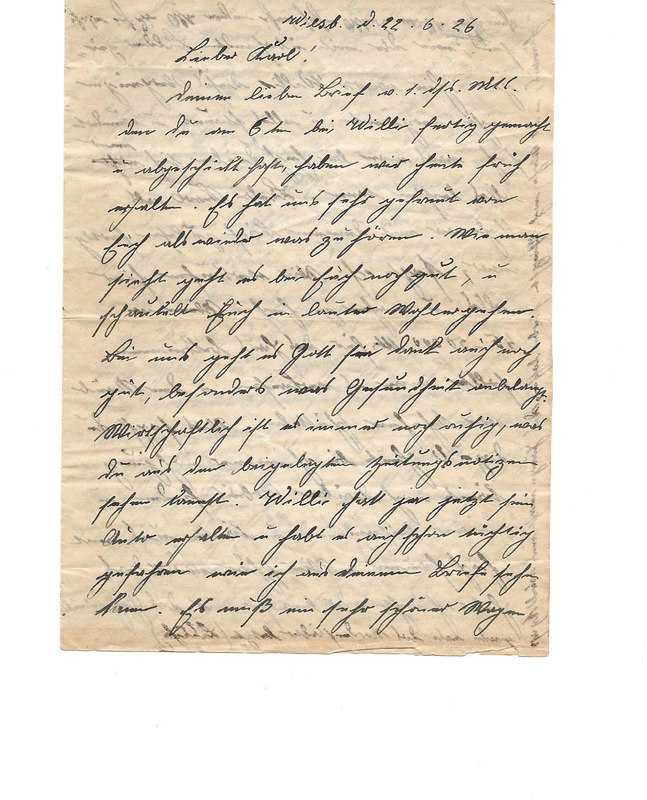 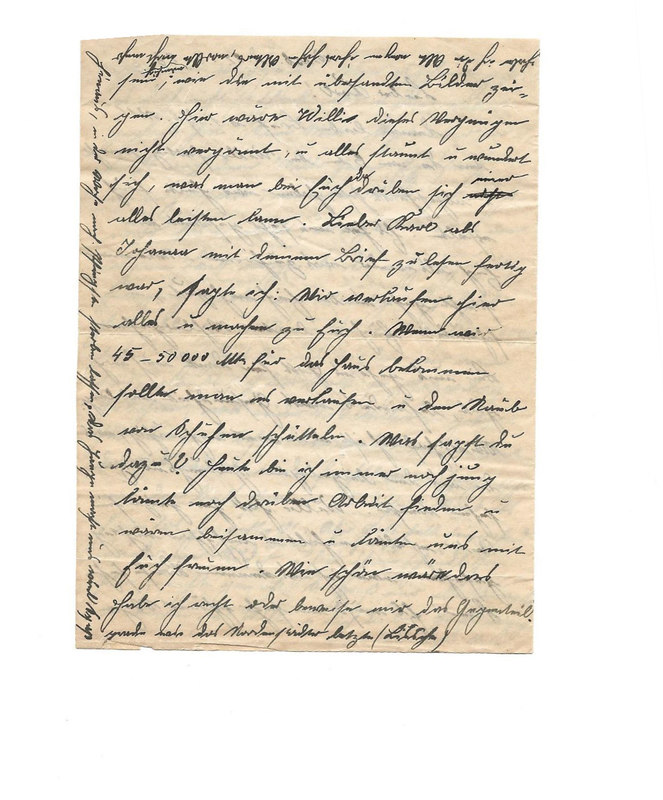 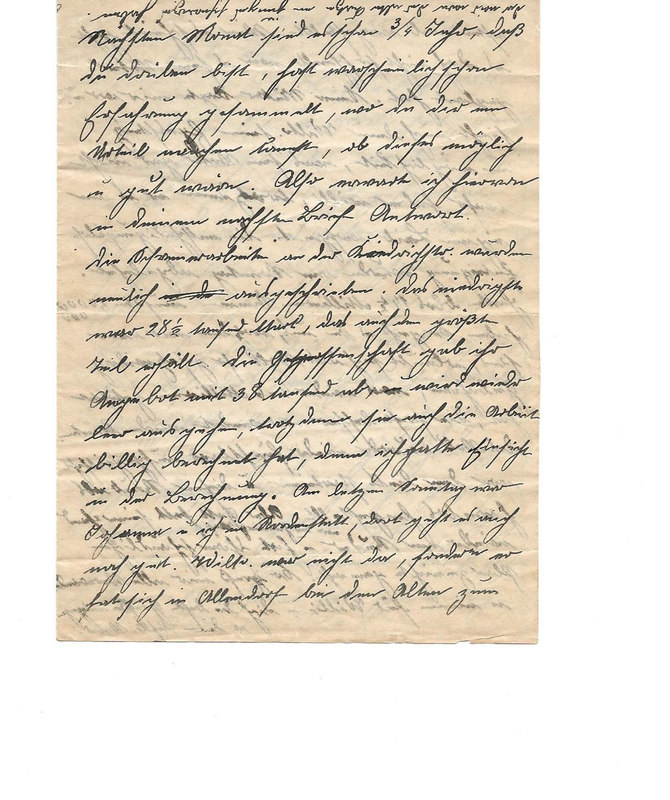 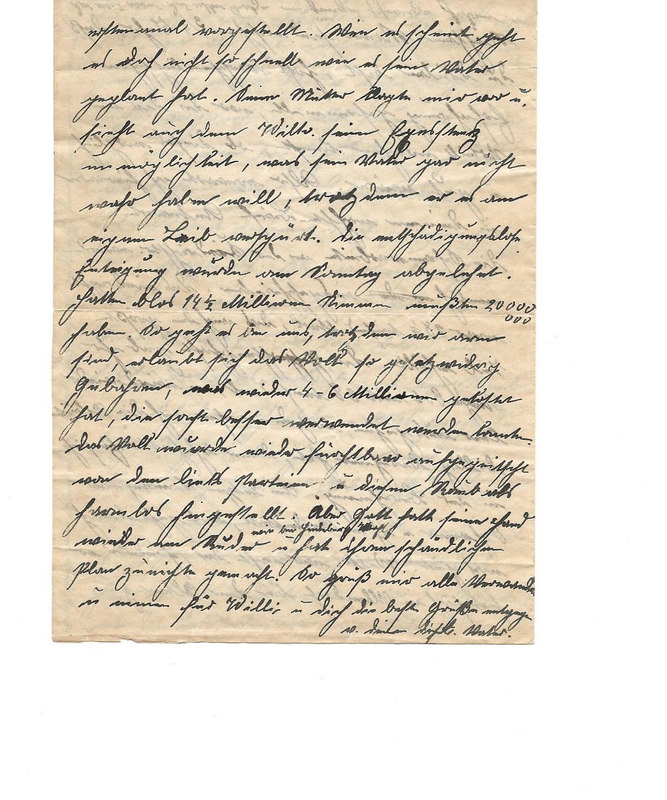 […] This morning, we received your letter dated on the 1st, which you finished and mailed at Willy’s on the 6th. […] We were very happy to have news from you again. It looks like you are still doing fine, like you are even enjoying a certain level of comfort. Thank God, we are still doing fine as well, especially as far as our health is concerned. However, we are still in an economic lull here, as you can see from the enclosed newspaper articles. As I can tell from your letter, Willy did buy himself a car and you all got to drive around quite a bit already. It must be a very nice car. Here, Willy would not be able to afford this kind of luxury. Everyone here reacts with surprise and incredulity at the thought that you can always afford everything over there.

Dear Karl, when Johanna finished reading your letter, I said: Let us sell everything and go over there. If we can get 45 – 50,000 marks for the house, we should sell it and leave for good. What do you think about that? I am still young and could find work yet over there. Besides, we would be together and could enjoy things with you. How nice that would be! Am I right? If not, show me where I am wrong. Next month, nine months will have passed since you arrived there. I imagine that you know enough by now to judge whether this would be a good idea and whether it would be feasible. I look forward to your opinion in your next letter. The carpentry job at Kiedricherstrasse has been opened up for bids. The lowest bid was 28,500 marks, offered by a company that ended up receiving the bulk of the work. The cooperative assigned jobs in the amount of 38,000 marks and will – once again – go without a profit, despite the fact that the cost of labor was kept at a minimum. I was able to look at the calculations in detail.

Last Sunday, Johanna and I went to Nordenstadt, where they are doing fine as well. Wilhelm was not there. Instead, he had gone to Allendorf to introduce himself to the parents of his future bride. It looks like things are not moving quite as fast as his father had envisioned. His mother complained to me and told me that she did not think Wilhelm’s future was very secure – something his father apparently does not want to acknowledge, even though he is experiencing it for himself. [……..] Kindest regards[………]Father.