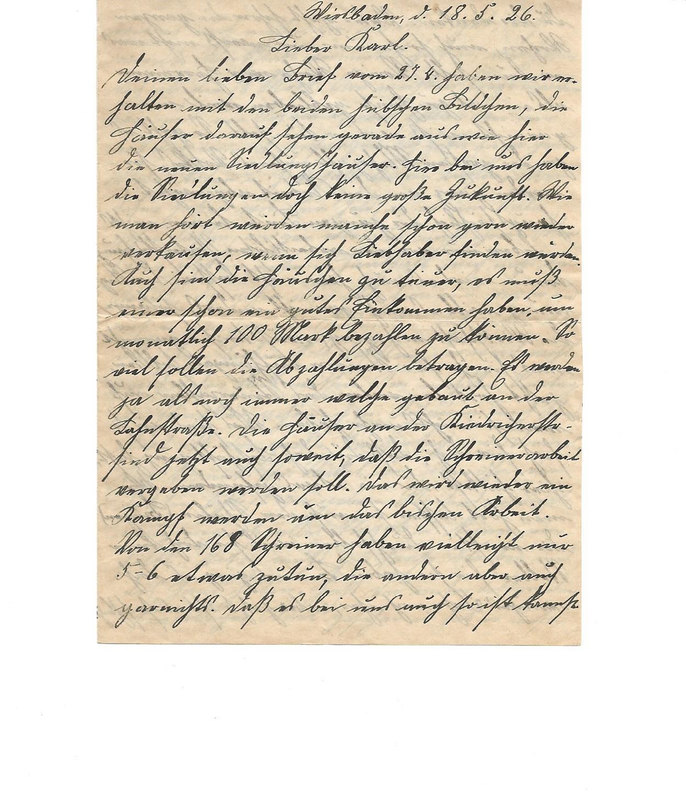 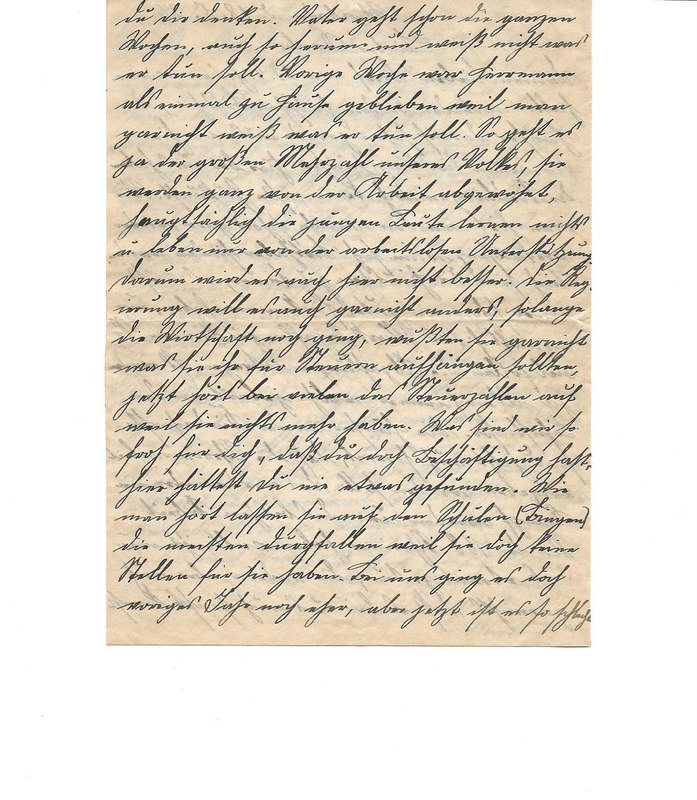 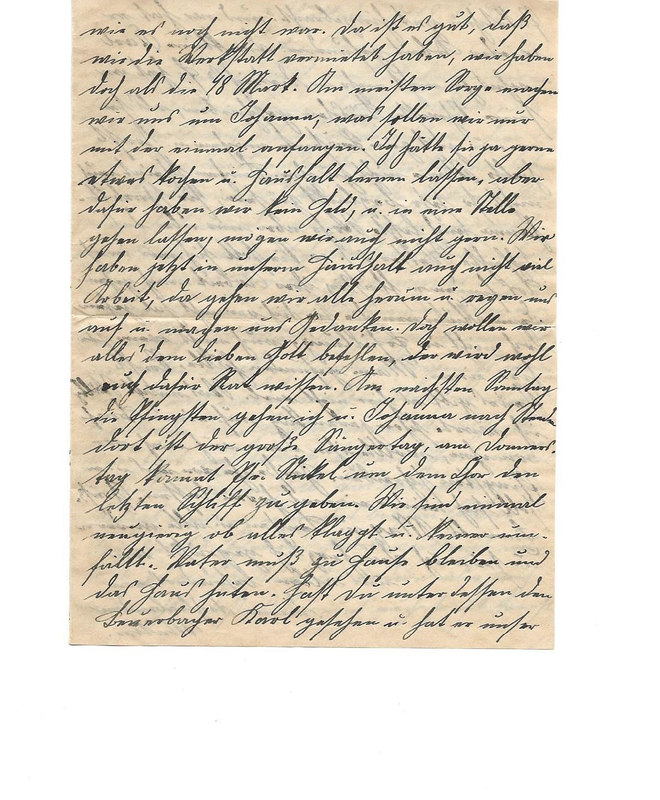 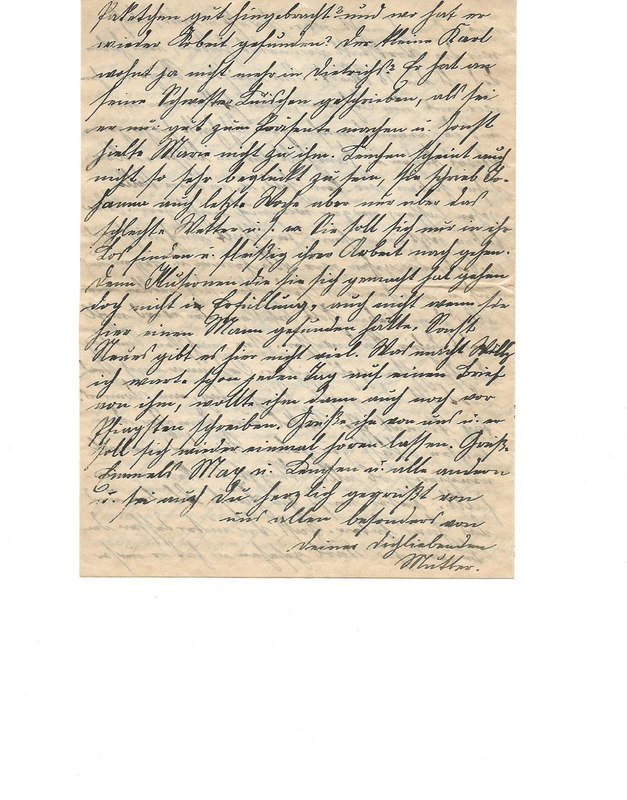 
We received your letter dated the 27th of April with the pretty photos. [...] The houses in the pictures look just like our local subdivision houses. These subdivisions won’t have much of a future here. […] Some people already want to sell their house again, as soon as they can find someone who likes them […] The houses are overpriced as well. You need to have a sizeable income to be able to pay 100 marks per month. They are still building them on Lahnstrasse, however. The houses on Kiedricherstrasse are now finished to the point where the carpentry jobs can be awarded. I can just imagine the battle over that little bit of work. Out of 168 carpenters, maybe 5 to 6 have some work; the rest has nothing. I am sure you can picture the same old situation over here. Father has been walking around aimlessly for weeks, not knowing what to do [.…] Most people are in the same boat; they are no longer used to working. Especially the young people are no longer learning a trade. Instead, they are living off their unemployment payments. The government does not want it any other way. As long as the economy was still doing fine, the government was collecting exorbitant amounts in taxes. Now, many people have stopped paying taxes altogether because they have nothing left. I can’t tell you how glad we are that you are employed […] Rumor has it that the schools are failing the majority of the graduates since there are no jobs for them anyway […] It is good that we rented out the shop. At least, we get the 18 marks regularly. We are most worried about Johanna. What on earth should we do with her? I would have liked to have her learn how to cook and keep house, but we do not have the money for that. We do not like the idea of having her work for someone, either. […] Next Sunday is Whitsunday, and Johanna and I will go to Steeden. We will attend a big choral festival there. On Thursday, Reverend Nickel will come and help our choir add some finishing touches […] Father will have to stay home and watch the house.

[…] Little Karl no longer lives with the Dietrichs? He wrote his sister Luise that he felt as if he was only good enough as long as he was giving presents and that, beyond that, Maria really did not really appreciate him. Lenchen does not seem to be all that happy, either. She wrote to Johanna last week, but only mentioned the bad weather, etc. She will just have to accept her lot and do her work diligently.

Lenchen has had some unrealistic ideas. However, these ideas always end in disappointment. Things would have been no different had she found a husband here […] How is Willy doing? Every day, I hope to get a letter from him […] My kindest regards to […] Mother.