The Meyer Brothers Collection is drawn from the Meyer Brothers’ Store Records, held by the Hill Memorial Library at Louisiana State University in Baton Rouge. The bulk of the letters were originally sent to the siblings Emanuel, Caroline, and Henry Meyer, who immigrated to the United States between 1855 and 1864, by their parents and other family members living in and near the small town of Lachen, in southwestern Bavaria. The Meyer siblings arrived in Louisiana and became involved in the mercantile business thanks to the guidance of their father’s half-siblings, the Levys, who had immigrated to Louisiana over a decade earlier. In addition to these family letters, the Meyer Brothers’ Store Records also includes substantial documentation of the day-to-day work of the brothers’ mercantile business in Clinton, Louisiana from the 1850s through the early 1900s.

The letters were subsequently transcribed and translated thanks to the sponsorship of Jay Silverberg, a descendant of the Levy family. We thank him for making these transcriptions and translations available on German Heritage in Letters. The letters shared here represent those which were exchanged between the United States and Germany; a fuller collection, including in particular letters sent by family members within the United States, can be found at Silverberg's website, “Meyer Brothers Letters.” An interview with Jay Silverberg about his research can be found here. 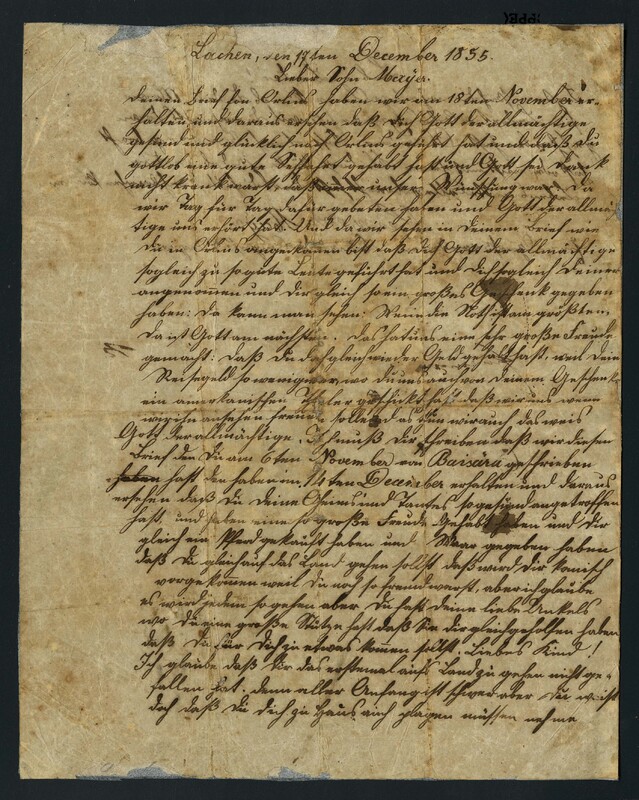